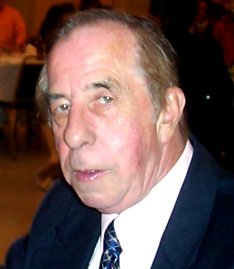 It was chaos last night at the Lawrence City Council’s Ordinance Committee meeting as chairman Nick Kolofoles lost control, sparred with fellow councilors, and refused to allow them to make motions that were contrary to his own stated agenda.

At issue was the front page story in yesterday’s Eagle-Tribune where Kolofoles called the current stadium lease contracts “illegal” and publicly declared that the mayor (and his administration) was violating the city charter. It was the first negative publicity the city has received regarding the Veterans Memorial Stadium since the $8 million renovation was completed two months ago.

Planning Director Mike Sweeney says that the comments made by Kolofoles in the Tribune story “cost the city more than $10,000 in ad revenue” when a lease agreement he was to finalize yesterday was canceled. “The reason that meeting was canceled, according to the vendor, was because they didn’t want to sign a lease agreement with all this controversy over contract legality in the city of Lawrence.”

Sweeney said that the story has done “unbelievable damage” to the city’s efforts to sign agreements for leasing and advertising contracts which “could generate millions of dollars for the city.”

Kolofoles didn’t seem to care, though, as he continued to block measures that would eliminate any questions of the legality of the leases.

Councilor Gil Frechette tried several times to make a motion to accept an organizational chart proposed by Grisel Silva, and then tried to delete an outdated ordinance so that the city could continue signing lease agreements, but Kolofoles refused to allow a vote on any of those motions ignoring Frechette and mocking him repeatedly.

Planning Director Michael Sweeney told the council that the city is “not in violation of the city charter” and as an attorney, said he disagreed with the quickly drafted ruling by the city attorney, who, oddly enough is on vacation this week. 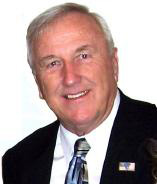 and that he had no intention on costing the city money. DiMarca, who is not a member of the ordinance committee suggested that Kolofoles pass the gavel if he was going to argue on the issue (as called for in the charter), but Kolofoles ruled him out of order and continued a tirade on why the city council and DPW should have control of the stadium contracts and leases.

“It’s a nightmare for the city,” Sweeney said after the meeting. “How are we supposed to bring professional people to a council meeting like this and expect them to want to do millions of dollars in business with the city? It’s a total embarrassment.”

Kolofoles is the second committee chairman appointed by council president Patrick Blanchette who appears to be out of control, halting progress in the city and causing embarrassment for city officials. Nilka Alvarez, chairman of Blanchette’s Housing committee allowed hearings about Northern Essex Community College to degenerate into name calling and accusations of racism against Mayor Sullivan and Northern Essex President David Hartleib.

Alvarez, who opposed the college’s multi million dollar Technology Center, tried to stall the project and held it in her committee until the entire city council had to take an emergency vote just to get the issue out of her committee and vote on it.

Council President Blanchette who appoints committee chairmen, sits by quietly as name calling and wild accusations fly, refusing to remove either Kolofoles or Alvarez as chairman of their respective committees. In the mean time, professionals who come to the city of Lawrence watch the circus like atmosphere and the head for the hills.