By Tom Duggan on December 22, 2015Comments Off on Clinical Director of Home Care Agency Sentenced in Medicare Fraud Scheme 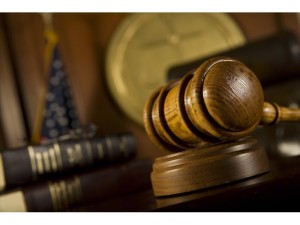 BOSTON—The clinical director of a home nursing agency was sentenced yesterday in U.S. District Court in Boston in connection with her role in a multi-million dollar scheme to defraud Medicare.

Troisi, a registered nurse, was the Clinical Director of At Home VNA (AHVNA), a home health agency located in Waltham, which was owned and operated by her co-conspirator, Michael Galatis, also a registered nurse. From 2009 to 2012, Troisi conspired with Galatis to submit more than $3.5 million in fraudulent home health care claims to Medicare.

The Medicare program only pays for home health services under certain conditions, including that a physician has certified that the patient is homebound and needs certain skilled services. Troisi ignored these requirements and trained AHVNA nurses to recruit healthy individuals with Medicare insurance who lived in large apartment buildings.

Troisi held “wellness clinics” at these buildings where nurses convinced senior citizens to enroll with AHVNA and have a nurse visit them in their home. Troisi and Galatis trained AHVNA nurses to manipulate the patients’ Medicare assessment forms to make it appear as though the patients qualified for Medicare home health services, when that was often not the case. Troisi also worked in concert with Dr. Spencer Wilking, AHVNA’s in-house Medical Director, who was paid to sign the home health care orders, even though Dr. Wilking did not examine the vast majority of AHVNA’s patients.

In 2011, Medicare passed a new requirement that a physician certify that she or he had a face-to-face encounter with the patient about the need for home health care. Even after this regulation was enacted, Troisi continued to cause the submission of millions of dollars of Medicare claims for home health care even though Dr. Wilking continued to sign each order without examining any of the patients.