By Tom Duggan on September 11, 2018Comments Off on Comedy Great Dave Russo to Perform at Salvatore’s in Lawrence Sept 21st. 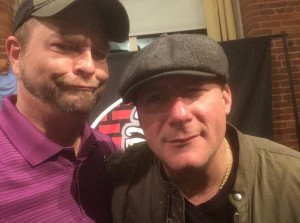 The Great Dave Russo will be appearing in Lawrence at Salvatore’s Restaurant on September 21st, 354 Merrimack St. – Lawrence, MA. [617-981-0984]. The event is being promoted by CPF Productions.

The Valley Patriot caught up with Dave Russo recently and asked him about his appearance at Salvatore’s in Lawrence.

“I don’t have any political jokes because I don’t want the government to know where I am,” he said laughing. 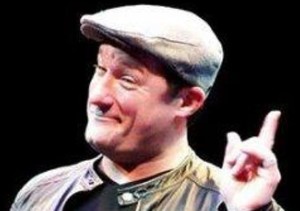 That doesn’t mean Russo isn’t political in his personal life. Last month he performed at a fundraiser for U.S. Senate candidate Geoff Diehl. We asked Dave how that came about.

“Actually, I played softball at a charity event for The Hug Foundation with Geoff Diehl a couple of years back. I didn’t even know he was a politician. He was just a regular, cool guy, we had a blast. I think we went three and one, so we were winning that day. I’m really excited to be working at Salvatore’s in Lawrence, it’s kind of my home territory.”

“I lived in the 01844 zip code for a while, I lived in Methuen when I was doing the Comedy Palace in North Andover, so I’m familiar with the Merrimack Valley folks from Methuen, Lawrence, Tewksbury, Andover, North Andover and I’ll have the funny on. I also love Mike Agricola, the owner of Salvatore’s, he’s really an amazing guy.”

Emceeing the event September 21st is Valley Patriot publisher and host of Paying Attention Tom Duggan who has known Dave for about 10 years.

“Dave Russo was on my show when I was on WCAP in Lowell and I think we initially met at Puppy Girl Kate Whitney’s fundraiser in Everett, so this will be fun. I promise you, I won’t be that funny but Dave sure will be! Dave is one of the funniest comedians in the country so just being there to watch him perform is going to be an honor and a privilege.”

Russo was a finalist on E! Entertainment Television’s reality show The Entertainer with Wayne Newton and went on to work with Wayne in Vegas for a few years. He was the first winner of the Boston Comedy Festival and was featured on Denis Leary’s Comics Come Home annual show at the TD Garden.

Dave is a host on NESN’s Dirty Water TV and has also appeared on NESN’s Comedy All Stars and on the award winning show, Charlie Moore Outdoors with the Mad Fisherman. Dave headlines all over New England and does countless fundraisers and corporate events all over the country.

You can get tickets at www.russoatsalssept21.eventbrite.com

Additional fees may apply. For events with a discounted price, no coupon or promo code is necessary to purchase tickets. The show is Friday, Sep 21, 2018 at 8:30pm. Tickets are $10 and $20 on Eventbrite.com.

These Tickets Can’t Be Cancelled

Some organizers and ticketing platforms can’t accommodate cancellations, but we’re working hard to change that.

Join us for the show!