By Tom Duggan on June 28, 2016Comments Off on CORNER NAMED FOR PFC. THOMAS A. SULLIVAN, US ARMY ~ Valley Patriot of the Month 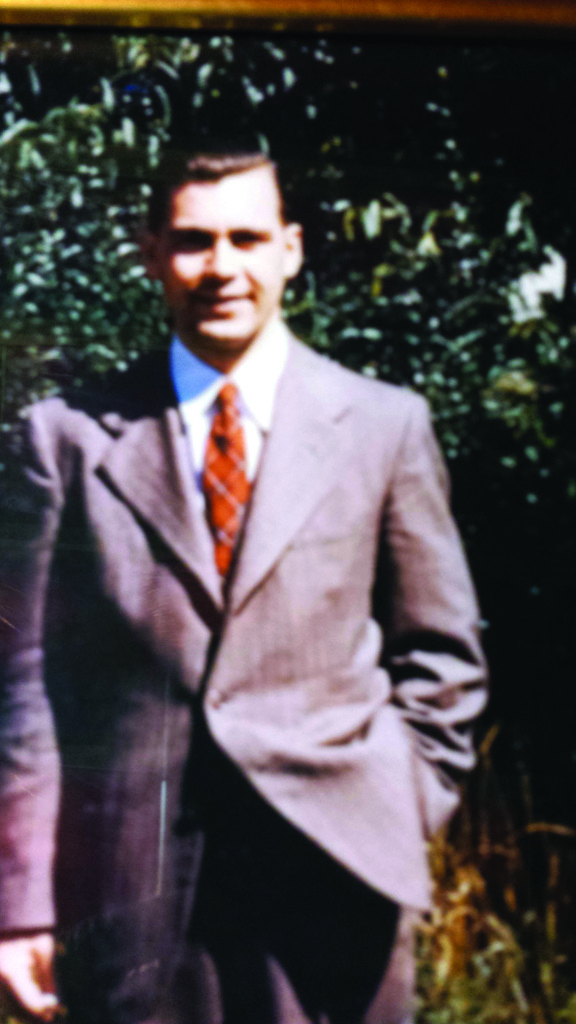 Last month, the City of Lawrence and the Commonwealth of Massachusetts recognized the heroism of World War II veteran and former Lawrence native, Thomas A. Sullivan of the Army’s 338th infantry regiment in 85 Custer Division.

At the corner of South Union and Cambridge Streets in Lawrence, the city unveiled a sign bearing Sullivan’s name designating it as Sullivan Corner.

“This is so important to honor the services of someone like Thomas Sullivan,” Urena told The Valley Patriot after the ceremony. “Especially here on the corner of South Union and Cambridge Street. His family has made such a significant contribution to this city with a business, T.A. Sullivan Insurance, and two of his sons, Kevin and Michael, being former mayors of the city, and such an amazing family.” Urena said.

Former Lawrence Mayor Kevin Sullivan, who was elected the city’s mayor in 1985, said that he was honored his father’s name now stands on South Union Street.

“I hope that people will walk by and see this sign for generations to come and go home and google the name and read about his service. This is wonderful.” 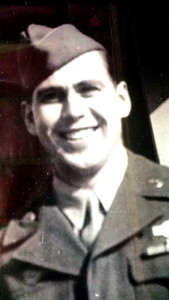 His father, Thomas Sullivan, landed in Italy at 22 years old and fought what was later called the forgotten war because most of the focus in the European Theater was on the invasion of Normandy at D-Day.

“If you think about it, there was really two wars going on, the war against Japan and the one in Europe,” former Mayor Kevin Sullivan said.

“Churchill, who had been fighting the war since the mid 1930’s, was begging Roosevelt to focus on Europe and win that war first and then focus on the Japanese. Think of 1941, Japan just bombed us so, of course the first inclination is bomb the Japanese with all we have. But, Churchill said you have to help us fight Europe and defeat Hitler. At the time, Churchill was worried that Hitler was going to go into Russia and take Moscow. If that had happened it would have been a whole different war. So, Churchill wanted to keep Hitler busy.”

“In 1943, the allies invaded Italy with the hopes of liberating Italy from Mussolini and Hitler.”
Sullivan said that since his father never talked about the war after coming home, he had to research the Custer Division to find out about the battles his father fought in.

“So, in May of 1944, they sent a bunch of new troops to help with liberation of Italy and when my father got there, they were almost 12 months into the war in Italy. In the Italian theater were the Apennines Mountains; some of them are more than 9,000 feet high.

The Germans were embedded high up in the mountains and it was up to the allies to climb the mountains and defeat or push back Germans. From 1944 to May of 1945 my father saw vicious and brutal battles almost every single day.”

“A month after my father arrived in Italy, the allies invaded Normandy. So, they moved divisions out of Italy to fight the D-Day invasion. That’s why the Italian Theater is known as ‘the forgotten war.’ All eyes were on the D-Day invasion. But, some of those battles in Italy were just as, if not more ferocious as the battles going on in France and then Germany.” 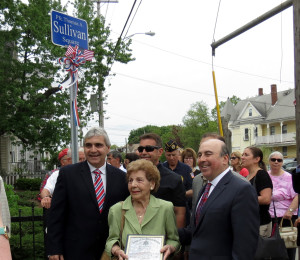 “The Germans were in the northern part of Italy, the Balkans were right next door and they have a lot of oil and natural resource that Hitler took over. Churchill felt that if the allies could seize Italy, they could march into the Balkans and from there, they could do an air invasion over Germany.”

“Hitler felt that Italy was a stronghold for Nazis, they didn’t want to give it up. He ordered his men not to give up an inch of soil to the allies. He ordered them to fight to the death. It just shows how brutal these battles were. It was actually Churchill who was the real architect of how they would wage that war in Italy. At the time, Eisenhower was focused on Normandy and invasion of France.

Sullivan says that his father was wounded near Rome when a grenade hit him in September of 1945.

“He lost most of his hearing and had shrapnel wounds, so he was hospitalized for weeks. But, back then they didn’t send you home when you got hurt, they patched you up and sent you back into battle. So, he ended up staying in Italy until the liberation of the country in May of 1945.”
Private First Class, Thomas A. Sullivan, US Army came home in January of 1946.

He received the Purple Heart, the Good Conduct Medal, the Victory Medal. Sullivan fought at Po Valley and later fought at Rome-arno where he was wounded by a grenade.

CORNER NAMED FOR PFC. THOMAS A. SULLIVAN, US ARMY ~ Valley Patriot of the Month added by Tom Duggan on June 28, 2016
View all posts by Tom Duggan →