Four years ago, one of our readers, Al Veilleux (above, right) donated the first $500 to start a scholarship in memory of Dan Coady Jr. who was killed in tragic accident on Rt. 495 just a week before our annual BASH in 2018.

Each year Al asks that we keep the Dan Coady Memorial Scholarship going for students who attended the Thomson Grammar School in North Andover where at least one of Dan Coady’s children attended at the time.

This year, Coady’s son Patrick is graduating from North Andover High School and was given this scholarship in his father’s name.

Al Veilleux was called to the front of the stage at the event and explained that he never met Dan Coady, but he saw the news stories “and I just had to do something, his family was in pain, his kids were in pain, and I just thought, someone needs to do something nice for these people.”

A tear ran down Patrick Coady’s face as he was flanked by his friends, family, and the dozens of people who donated to his scholarship. 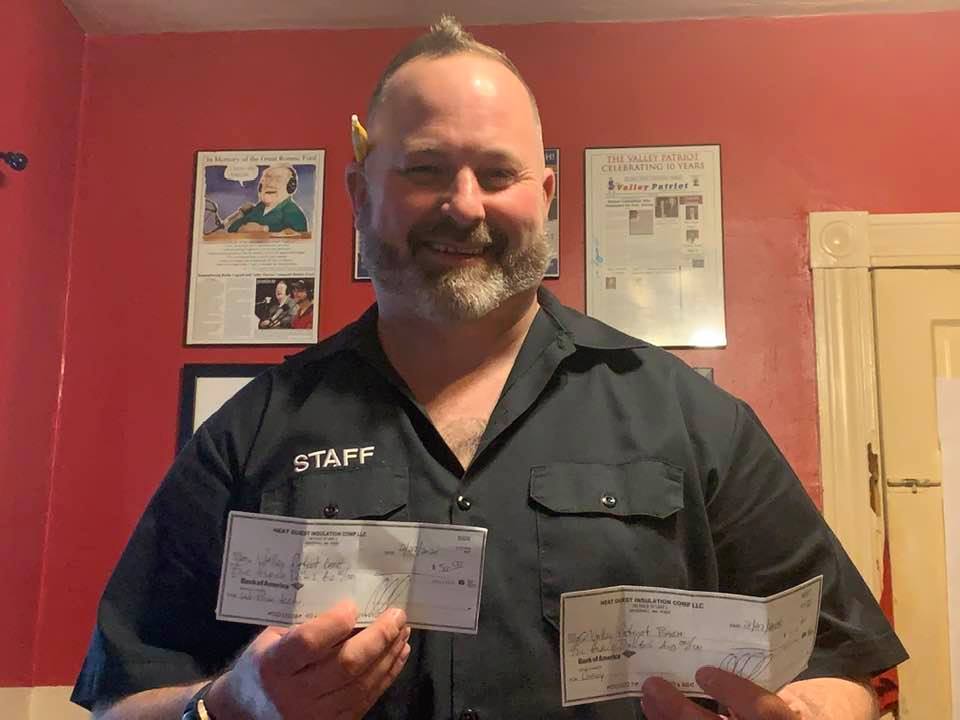 “Tonight, we are giving away the most money we have ever raised for a single student at this annual BASH. I am proud to announce that our scholarship drive, thanks to Al Veilleux has resulted in our being able to give Patrick Coady $7,390 for his college education.

“My remarkable group of friends and the constant support from my family has made my past four years at NAHS something I am proud to say I won’t ever forget,” Patrick said.

“Since my freshman year, I have become a proud member of the GSA, and actively involved myself in my school’s Concert Choir.”
Most recently Patrick joined the High School’s Honor Choir, Scarlet and Black. When he graduates from North Andover High in a few short months, he says his hope is to begin studying Culinary Arts at Johnson and Wales University in Rhode Island.

Sixty people donated to the Dan Coady Memorial Scholarship this year. Each donor and the amount they gave is listed in the Notebook on Page 6. ◊

DONATING TO THIS SCHOLARSHIP

Dan Coady Memorial Scholarship Given to His Son Patrick Thanks to a Stranger with a Heart! added by Tom Duggan on May 7, 2022
View all posts by Tom Duggan →