Despite Media Reports, Lawrence 911 Dispatcher is not Suspended for Hanging up on Spanish Speaking Callers

By Tom Duggan on August 7, 2015Comments Off on Despite Media Reports, Lawrence 911 Dispatcher is not Suspended for Hanging up on Spanish Speaking Callers 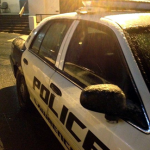 Explosive new details have come to light revealing that  media reports about a 911 call taker in Lawrence, whose “job is on the line” over hanging up on Spanish-speaking callers… is false.

CBS news and other outlets reported this week that “A 911 dispatcher’s job is on the line for hanging up on callers who couldn’t speak English.”

An investigation by the Valley Patriot this week proves that the dispatcher’s job is not “on the line” over hanging up on callers who can’t speak English, and that audio tape recordings of 911 calls leaked to the media were doctored and purposely misrepresented.

Ed “Ike” Gabriel head of the SEIU union in Lawrence told The Valley Patriot Thursday that the 911 dispatcher is not on suspension because of any of the calls released to the media and played on TV.

“She had a complaint about a previous case that was already settled and that’s why she’s out on leave,” Gabriel said. “It had absolutely nothing to do with these calls being played on TV.”

Gabriel also said that anyone listening to the entirety of the unedited phone calls broadcast on cable TV as part of the bogus media story, would see that the story was simply “made up”

“First of all, one of the callers who spoke no English was not calling on the 911 line as reported in the press, he called the Lawrence Police business line,” Gabriel said.

Gabriel also says that callers to 911 can have their calls translated with a special program on the internet where translators can be brought into the phone call on-line and translate for the dispatcher what the caller is saying. “But they don’t have that capacity if someone calls the business line. This is the standard operating procedure for all 911 call takers.”

That claim is backed up by Lawrence City Councilor Marc LaPlante’s report to the Valley Patriot in 2013 when he toured the station and the 911 call center.

The other phone call used in the CBS report (and other viral media stories) shows that the  a caller on a 911 line who claimed not to speak English at the beginning of the call, then spoke English fluently for more than two minutes with  dispatcher. Police logs show that media reports of her hanging up on callers and refusing to send a cruiser is also not true.

“The fact is, this dispatcher did everything she was trained to do. She kept the person on the phone until she could determine the facts and dispatched a cruiser to the scene. What’s more, her supervisor, Captain MacNamara signed off on that call as a good call. Now suddenly CBS and the Eagle Tribune are reporting that she is on suspension because of these calls is ‘ simply not the case.”

Gabriel also said he is calling for an investigation into how information from the dispatchers private personnel files  ended up in the Eagle~Tribune. “First of all, we took a look at her personnel file at city hall and none of the information in these media reports are in those files. But the police department keeps their own set of personnel records and from what we can see it was information from those files that were illegally given to the media, namely the Eagle~Tribune. This dispatcher is being targeted with a media campaign to assassinate her character.”

Lawrence Police Chief James Fitzpatrick told The Valley Patriot on Tuesday that he is going to aggressively investigate  who illegally leaked the dispatchers personnel files to the media, stating that “only three or four people would have access to those records and I will investigate who is responsible.”

Gabriel says that a union agreed procedure is in place for supervisors to randomly audit 911 calls for efficiency purposes, but that “about 80% of the calls they audited belong to this same dispatcher. You couldn’t get that kind of percentage if you are randomly checking calls, it’s just not mathematically possible.”

Gabriel says that he was disappointed the media ran with a story without checking any facts, and that comments made by the chief of police and the mayor were not only wrong, but legally actionable as the dispatcher has retained Haverhill attorney Tom Gleason.

“The other thing that is really disgusting about all this,” Gabriel continued, “is that she has been portrayed as a racist. Yet her biggest support at the station is from the other Hispanic dispatchers and officers. I think we all know what’s going on here, they tried to get rid of her with the previous allegation she was already punished for on a call that had nothing to do with language or race. They couldn’t get rid of her on that trumped-up charge so now they are trying to get rid of her on these bogus media allegations … but let me be clear, her job is not on the line because of these allegation and she is not on suspension for mishandling Spanish-speaking callers.”

“This dispatcher is the least racist person you will ever meet and what is being done to her is wrong.”

Despite Media Reports, Lawrence 911 Dispatcher is not Suspended for Hanging up on Spanish Speaking Callers added by Tom Duggan on August 7, 2015
View all posts by Tom Duggan →