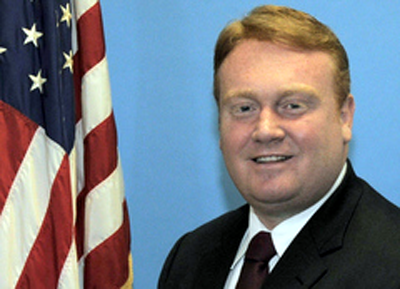 The Massachusetts State Ethics Commission today issued a Decision and Order (“Decision”) in which it found that the Commission’s Enforcement Division failed to prove that former Worcester County Sheriff Guy W. Glodis (“Glodis”) caused an ineligible inmate to be placed on work release to accommodate the request of the inmate’s employer, who was Glodis’ friend and campaign contributor.

The Enforcement Division filed an Order to Show Cause (“OTSC”) on June 28, 2012, and an Amended OTSC on August 1, 2012, alleging that Glodis violated sections 23(b)(2)(ii) and 23(b)(3) of G.L. c. 268A, the conflict of interest law, by using his official position as Sheriff to cause an ineligible inmate, Joseph T. Duggan, III (“Duggan”), to be placed on work release in response to a request from Glodis’ friend and campaign supporter David Massad (“Massad”), so that Duggan could continue to manage Massad’s construction projects. An adjudicatory hearing into these allegations was held November 19-20, 2012, and this case is now concluded by the issuance of this Decision.

According to the Decision, the Enforcement Division did not prove “by a preponderance of the evidence that Glodis knowingly or with reason to know used or attempted to use his official position to secure an unwarranted privilege for Duggan or Massad which was not properly available to similarly situated individuals.” Duggan surrendered to the Worcester County Jail (“WCJ”) on October 29, 2009, and was placed on work release the next day, on October 30, 2009.

The Enforcement Division argued that inferences should be drawn from certain telephone calls that occurred between October 22, 2009 and October 30, 2009, including calls between Massad and Glodis on October 28, 2009, to support its claim that Glodis explicitly or implicitly directed his subordinates to place Duggan on work release. However, all three of the Worcester County Jail employees who were involved in recommending and approving Duggan’s work release testified that they did not discuss Duggan’s placement with Glodis or with Special Sheriff Jeffrey Turco, who was responsible for overseeing the day-to-day operations of the jail.

Therefore, the Commission determined that there was no evidence that Glodis participated in placing Duggan on work release. In its Decision, the Commission also concluded that Duggan’s placement on work release was not an unwarranted privilege because the decision to place him on work release was based on the fact that Duggan’s charges were non-violent in nature, the length of his sentence, the fact that Duggan had been released on personal recognizance in the case where charges were pending against him, as well as the overcrowded conditions at the jail.

The Enforcement Division also argued that Glodis violated section 23(b)(3) by passing on the request of his friend and campaign contributor that Duggan be placed on work release, and failing to disclose that relationship. The Commission, however, found that this allegation was not proven since there was no evidence that Glodis passed along Massad’s request to jail employees.

Section 23(b)(2)(ii) of G.L. c. 268A prohibits public employees from knowingly, or with reason to know, using or attempting to use their official positions to secure for themselves or others unwarranted privileges or exemptions of substantial value which are not properly available to similarly situated individuals.

Section 23(b)(3) prohibits a public employee from knowingly, or with reason to know, acting in a manner that would cause a reasonable person having knowledge of the relevant circumstances to conclude that any person could properly influence or unduly enjoy his favor in the performance of his official duties, or that he was likely to act or fail to act as a result of kinship, rank, position or undue influence of any party or person.