By Tom Duggan on November 8, 2010Comments Off on Former Mayor Sullivan speaks out on city finances 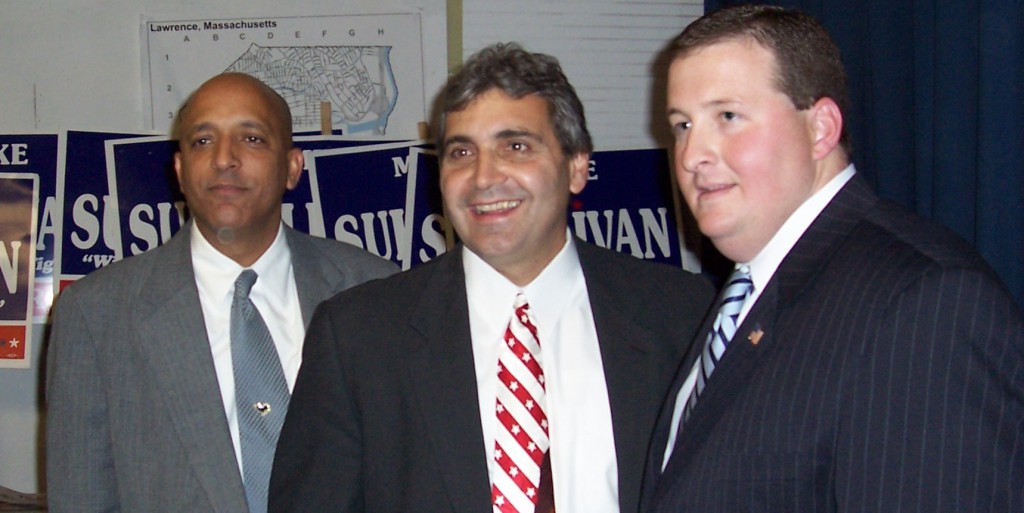 Former Lawrence Mayor Mike Sullivan says he has had enough of the “lies” by current Mayor Lantigua and members of the Deval Patrick administration regarding his handling of Lawrence finances over the last eight years.

Sullivan called into the Paying Attention! Radio Program with Tom Duggan on WHAV last month, calling Lantigua to task for laying off cops and firefighters and blaming Sullivan for leaving him with a $24.5Mil deficit in the city budget.

Tom: How infuriated are you, that when you were the mayor of Lawrence Jay Gonzalez at the Department of Revenue (DOR) was telling you to spend down free cash, spend down the health insurance trust fund, and certified your budgets as “balanced”, then the minute you are out the door, he said “Oh no, Mike Sullivan screwed up, we have deficits going back to 2006,”… even though he certified your budgets as balanced?

“When I heard that it made me go through the boxes of documents that I took from city hall and I remembered that I had DOR certification letters for the last eight years. You can’t operate a city without that (certification). Jay Gonzales and Bob Nunes certified every budget year prior, going back to 2003. I still have the letters saying “congratulations, you guys are doing great, you are balanced, everything is good.”

And then, the part that really made me sick, Tom, was the Secretary of Administration and Finance for the State (DOR), Jay Gonzales is now annihilating what we did in the past eight years in Lawrence as if he wasn’t part of all that. As if he had no idea what we were doing. I remember in 2004 and 2005, when he (Gonzales) was making hundreds of thousands of dollars personally on selling bonds for the city before he got his job with the state. He was talking about the Lupoli’s coming in here, Bob Ansin coming in and buying two million square feet of mill space, and creating 2,000 new jobs. It was like, “God Bless America!”

Now, I look at him in this role now as Secretary of A&F working for Deval Patrick. He is the most two-faced person I’ve ever met. And that’s what upset me personally, Tom, because I know the history. He sat across the table from me for two years as our bond council and he went out and made hundreds of thousands of dollars personally when he worked for Palmer and Dodge selling Lawrence as a great investment.”

Sullivan said that he doesn’t believe for one minute that there were deficits in the previous budgets and that Mayor Lantigua, who was the state rep. at the time, “knows full well that our budgets were balanced and there was no deficits in any city budget prior to 2009. You know, Tom, this is a shell game. It’s, ‘how can we hide money, how can we blame other people for Lantigua choosing to lay off cops and firefighters while he is secretly giving raises to everyone in city hall.’ Can you imagine if I had done that? The city council would have gone crazy. The DOR would have rejected my budgets!

The debacle now, Tom, the tragedy now is that there is no city council holding Lantigua’s feet to the fire and there’s no city council asking questions about the DOR and their role in certifying city budgets.

A week ago, they (the council) came up with this fire department concession and the mayor said ‘we found $240,000 that we are going to be able to bring eight firefighters back.’

Well, under charter law if you have ‘new found money’ as they called it, you need to package that, show it to the city council, prove where it’s coming from and then, they have to make the appropriation. But, these guys, under the overseeing of Mr. Nunes, who took a $72,000 salary out of the city budget and once certified all my budgets as balanced, he is now allowing this mayor to do whatever he wants … with our money. And the council doesn’t care: with the exception of one, Mr. Laplante who is the only one asking questions.

The controller right now still does not have an answer of where is this newfound money coming from. Not one person in the last six weeks can answer that question, where is this “newfound money” coming from and why hasn’t the city council put a stop to this? And that’s the part, Tom, that kills me. What this guy is getting away with never would have been tolerated when I was mayor. But, he can’t even own up to his own actions. He has to blame everyone else and in the mean time the city is suffering.

Now you are going to see the auto insurance rates going to go back up again. The police department has a 100% increase in stolen cars over the last 4 months. So, the numbers are all shifting back to where they were in the late 80‘s when we were the auto theft capital of America. And that is what drives businesses and people out of here. That’s the atrocity that Governor Patrick’s administration has done with this city. It goes all the way up to him and these are the guys (Lantigua, Nunes, and Gonzales) that are letting it all happen. Tom, this is why the fraud is taking place again and the city council is turning a blind eye to all this.”

Sullivan said that he expect crime to continue to spike in the city with Lantigua doing away with the auto theft task force and depleting the detectives division in the police department.

“Here’s what I know, I never once laid off one cop in the eight years I was mayor. All my budgets were certified as balanced until the end. And when Deval Patrick cut our local aid budget by $10MIL, I took a furlough and my staff and all my department heads took a pay furlough. We closed city hall at lunch time and even closed city hall one day a week to save money before I even considered laying off one firefighter. This mayor came in, and not only did he not take a pay furlough and lead by example … he gave raises to people in city hall and then he borrowed $35 Million, laid off cops, laid of firefighters, paid $10,000 for curtains in his office and hired over $1MIL in new personnel. Now he’s saying it’s my fault the city has not money, it’s laughable!

He can blame me all he wants but the record is clear and the people of Lawrence are being lied to.”