By ValleyPatriot on October 30, 2013Comments Off on Free State Project: Friend or Foe to New Hampshire? 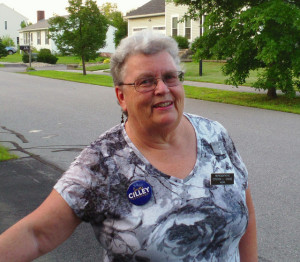 “Free Staters are the single biggest threat the state is facing today. There is, legally, nothing we can do to prevent them from moving here to take over the state, which is their openly stated goal. In this country you can move anywhere you choose and they have that same right. What we can do is to make the environment here so unwelcoming that some will choose not to come, and some may actually leave. One way is to pass measures that will restrict the “freedoms” that they think they will find here.”

It is highly unlikely that Representative Chase expected her comments to go viral and spark a debate over the impact of the Free State Project (FSP) and the agenda of legislative Democrats. Yet that is exactly what happened.

Since Free Staters and not unemployment or $4.2 billion in unfunded pension liabilities are “the single biggest threat the state is facing” we must understand its nature and magnitude. What is the Free State Project? According to their website it is: “an agreement among 20,000 pro-liberty activists to move to New Hampshire, where they will exert the fullest practical effort toward the creation of a society in which the maximum role of government is the protection of life, liberty, and property.” The movement is libertarian in nature and liberals see its mission as an existential threat. For realistic reasons, I disagree.

First a disclaimer, I am a lifelong Granite Stater. I am not associated with the Free State Project (FSP) and philosophically I see a greater responsibility for government than many Free Staters. Additionally, I find the tactics employed by some Free Staters to prove their point to be unacceptable, especially their attitude toward law enforcement. Rather, my dismissal of any Free Stater “threat” is rooted in reality and mathematics.

As the Union Leader pointed out in their Sunday editorial, if the FSP mission was to relocate 20,000 people to New Hampshire it has been a mathematical failure. According to the 2010 census, New Hampshire has a population of approximately 1.3 million. Had the FSP reached their goal, they would comprise 1.5% of the population. However, in 11 years only 1,000 of those 20,000 have actually relocated. Thus Free Staters represent only .000769% of our current population.

Yet despite being a microscopic minority, Representative Chase and others believe they must be suppressed. Foster’s Daily Democrat penned two high handed editorials claiming Free Staters were a threat to “ruin our way of life” and beseeched them to demonstrate maturity.

At this point it could be concluded that, based on the numbers, the FSP is a liberal boogeyman that isn’t a threat to anything political or cultural. But then there is the belief that everyone associated with the FSP is a radical, unreasonable provocateur that must be guarded against. New Hampshire Democrat National Committeewoman Kathy Sullivan believes that anyone affiliated with the FSP should disclose their connection if running for office. Ms. Sullivan did not say whether John Lynch, Paul Hodes, Maggie Hassan, and Terie Norelli should have disclosed that they were liberals from Pennsylvania, New York, Massachusetts, and New Jersey when they brought their tax and spend values with them to New Hampshire.

Unfortunately, few have considered how many of those one thousand Free Staters are simply hardworking taxpayers or small business owners who are exercising the same choice millions of Americans make each year to move to states they believe share their cultural and financial values. Not all Free Staters are deserving of Rep. Chase’s scorn and they should not be demonized.

The final claim is that Free Staters are unfit to hold public office. In reality, only a handful of Free Staters have been elected. Of those, a few have done some counterproductive things. But then there are Free Staters Keith Murphy, Dan McGuire, Carol McGuire, and Mark Warden who have been valuable and constructive members of the New Hampshire House of Representatives. They prove why generalizations about the FSP are unfair. Politics will always have its share of unreasonable people, no political party or ideology has a monopoly on them.

In the end, WMUR Political Analyst James Pindell was right to wonder, “How is it we are still debating the Free State movement? This controversy says much more about the attitude of New Hampshire Democrats toward those they disagree with than it does about the Free State Project.