By ValleyPatriot on January 6, 2023Comments Off on Helicopters Over Lowell ~ KANE’S KORNER 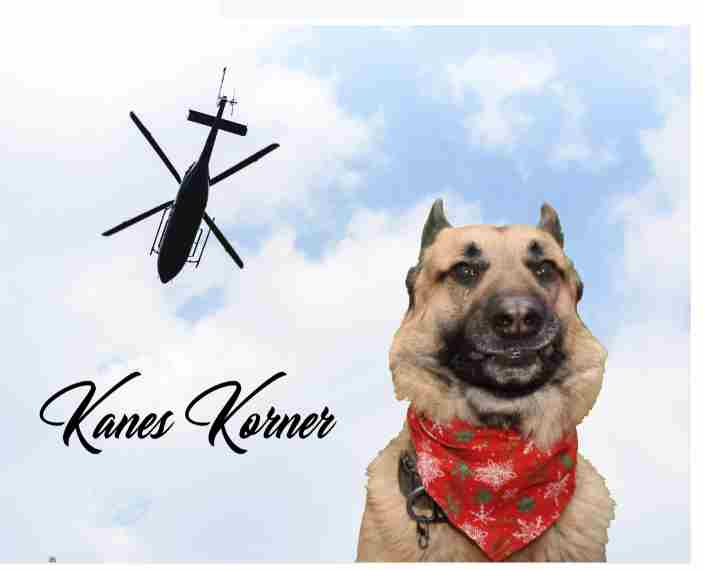 Why is there a Helicopter over Lowell?

On the evening of Monday November 27th, a post circulated on the 4.2k member Facebook page Helicopters Over Lowell asking for pet supplies and carriers for the occupants of senior housing being evacuated due to a water main break in downtown Lowell. Like all posts on this site the story started with, “Why is there a helicopter flying over Lowell?”

Kane wanted to help, so he made his way to the Humane Society with other volunteers to bring pet supplies and help with temporary shelter for family pets displaced at the senior center. When he arrived, there was a stream of people coming in with cat food, litter, and carriers after seeing the post on the Helicopters over Lowell Facebook page. “Wow,” Kane thought, “social media could be a positive thing.”

Next thing you know moderator /founder of Helicopters over Lowell Facebook page, Steve Albert was standing in front of the Lowell Humane Society employees and volunteers asking them what they needed as well as the emergency responders. Talk about walking the talk. Kane was intrigued by the immense following of this social media group and how they spread information that called people to positive action. So here is their history and story of keeping social media helpful, positive, and informative.
Kane was excited Steve Albert, founder and Dan Morneau moderator/administrator took his call. Not everyone will take a call from a curious German Shepherd. Kane’s first question to Steve was how did the Facebook group get started? Steve stated, “the group honestly started as a light-hearted spin on the constant posts on other pages, “What’s with the helicopter?” every time one flew over Lowell.

Steve stated, “the group is mostly what the members have made it.” Kane asked how Steve has made the group so positive. He stated he finds the members to be positive. Both Steve and Dan stated there was a supportive core group since its inception four years ago that maintains the goal of working together to identify what is going on in their neighborhood and appreciate the information their community members share. The information brings the community together. Both in general describe their community as being compassionate towards the needs of others.

To keep the group positive, civil, and on topic Dan Morneau explained to Kane there are three simple rules.

1. Stay on topic. The posts are about why is there a helicopter over Lowell.

2. Be kind. Dan explained how much he enjoyed his city and citizens. He stated very rarely he needed to pop into a post asking people to be considerate.

3. Try not to speculate about sad things. Dan explained often the reason a helicopter is over Lowell because there is an emergency. Examples would be a lost person, a person of interest the police are looking for, or maybe a person in the river. The rule is in place to discourage false rumors and speculation about tragedy. It is best to wait for the facts. For example, using names of people in tragedies is not the goal of the group. The goal is for people to stay informed about their neighborhood and stay connected with each other. Dan has found that the group fosters people being concerned for their community and neighbor. It is not unusual for a post to include how people could help after a fire or other tragedy. For example, “bring donations here.”

Dan explained on a rare occasion he would need to pause posting group comments if there is an active police investigation or the police are making a family notification. He stated that would be the one exception of when the moderator would jump in. The group prides itself on not being a source of misinformation.

Kane explained that he reads many German Shepherd boards where people argue about training and medical care. Unlike those boards or politics there is no argument when there is a sense of connective communication and safety in being informed and knowing how you can support others. It is helpful to know a street is closed for emergency vehicles or to be on the lookout for a child that meets this description. Kane is appreciative of the work Dan and Steve do to keep him and other members of his community informed. Thank you to Helicopters over Lowell for keeping it real and making a difference.

Besides, Helicopters are a way to keep looking up.