By ValleyPatriot on June 28, 2013Comments Off on HERO IN Our Midst: CORPORAL ROBERT F. BAILEY, U.S. ARMY

In that assault landing on Morotai, 45 LSTs (landing ship, tank) lined the shore. Offshore coral reefs and boulders caught landing craft. Troops, vehicles, and supplies were unloaded onto the beach—with no opposition from the 500 or more Japanese caught there by surprise. But the calf-deep mud and chest-high surf were “the worst ever seen,” General Krueger reported. Deep holes and fissures nearly submerged vehicles and men, causing delays.

While Bob was sitting on the beach waiting to move out with his platoon, he saw General Douglas MacArthur wading through the surf to come ashore! “We quickly put on our helmets and stood up,” he said, recalling that scene vividly.

By noon of September 15, the Americans had seized Pitoe Airdrome. With the capture and occupation of Morotai, the U.S. now had control of the Halmahera Sea, cutting off 35,000 Japanese soldiers garrisoned at Halmahera Island.

Robert Bailey was awarded the Purple Heart for combat on Morotai. On the evening of October 4, 1944, Bob and his friends returned to their tent after watching the movie “Johnny Eager,” starring Lana Turner and Robert Taylor. Suddenly the Japanese bombed their tent. Bailey and others were wounded—but Bob’s friends, on either side of him, were killed instantly.

Morotai was the staging area for Mindanao. Bob took part in that invasion the following April 1945 when the 31st joined the Eighth Army in the final drive to liberate the Philippines. 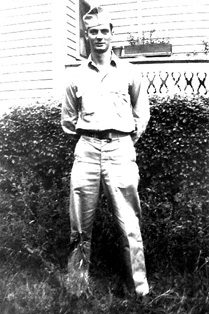 Before engaging in combat, Bob trained in jungle warfare and amphibious landings at Oro Bay, New Guinea, arriving there April 22, 1944. In the mountains and jungles of the Southwest Pacific islands, American forces relied heavily on:

• DUKWs or “Ducks”—six-wheel amphibious vehicles with a payload capacity of 2.5 tons that transported ammunition, supplies, equipment and troops over rough seas and onto the islands. Bob rode in his first DUKW at Oro Bay. Amphibious landings were vital to General MacArthur’s mission in the Southwest Pacific.

• Self-propelled 105mm howitzers—designed specifically to travel and maneuver over the rough jungle terrain and through heavy mud. “We had six in our Cannon Company,” said Bob, “and they provided immediate support of the infantry wherever our regiment went.”

New Guinea is the second largest island in the world (after Greenland), with a northern coastline that extends nearly 1,600 miles. Mountains as high as 15,000 feet and dense tropical rainforests cover the area. A major mountain range runs through the center of the island, from east to west, with many sections impassable. “We saw a yearly rainfall totaling 240 inches,” said Bob. Other areas got up to 300 inches. “In one 24-hour period, we would get up to 27 inches of rain. Then the monsoon season would begin.” 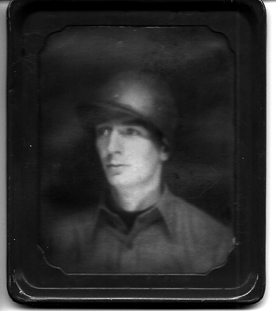 In July 1944, Bob Bailey and most of the Dixie Division relieved the 6th Infantry Division at Maffin Bay in the Wakde-Sarmi Campaign. They landed on Sarmi, on the New Guinea coast, as U.S. forces seized Wakde Island—two miles away on Maffin Bay—from the Japanese. Wakde had a good airstrip for the B-24 Liberator heavy bombers, critical for freedom in the Philippines.

While the Division’s 124th Regimental Combat Team (RCT) went to Aitape, New Guinea, and fought in the bloody battle along the Drinumor River, other elements built bridges, roads, and docks, and engaged small units of the enemy (killing more than 1,000 Japanese), without provoking large-scale counterattacks.

Aggressive patrolling kept the Japanese at bay. “I remember the first time I used carrier pigeons for communication in Sarmi,” said Bob, a radio operator. “Our 20-man recon patrol had gone behind enemy lines. We used trained pigeons to send back news of the enemy’s location, troop strength, and gun positions. We inserted the message in a tiny capsule fastened to one of the pigeon’s legs. Pigeons were so dependable we did not need to code messages.

“We set off on patrol, carrying the pigeons in a wire-mesh crate. The steaming tropical heat. Dense jungle growth. Chest-high swollen rivers we had to wade through, where crocodiles lay hidden. All this took their toll. We took turns carrying the crate of pigeons on our shoulders. But when one of our men stumbled and fell from exhaustion, the crate crashed to the ground, the door flew open—and the pigeons vanished forever! We never saw them again. Fortunately, we did not run into the enemy that time.”

On April 22, 1945, the 31st Infantry began landing on Mindanao, the southernmost island in the Philippines. The largest Japanese force was amassed in eastern Mindanao—more than 43,000 armed troops plus 29,000 combat and service troops—far outnumbering the Allies. The Japanese were entrenched along the north-south Sayre Highway (about 250 miles long). The highway’s northern stretch lay in total disrepair while the southern portion was nothing but a dirt road that ran from Kabacan across unchartered mountains.

The 31st Division drove north along the Sayre Highway, toward Kibawe, to block the enemy’s retreat from the east. They captured Kibawe and its airstrip by May 3 and then took Kabakan, at the junction of the east-west and north-south routes, thus gaining control of the supply routes.

Destroyed bridges, impassable trails, unforeseen obstacles slowed them down. “At one point we had to take a small landing craft up the Mindanao River,” Bailey said. “On reaching camp, when unloading, one of our 105mm howitzers toppled into the river and sank. It took us 10 days to retrieve it, haul it out, and then dig a path to tow it to land. During that time, we traded with the Filipinos: one T-shirt for two chickens. We had chicken and eggs every day. It was the best we ever ate.”

As the 31st advanced north, they successfully wiped out a Japanese “banzai” (suicide) attack—the last major Japanese offensive on the Sayre Highway. From then on, the chief obstacle became the torrential rains. On May 23rd, Bailey’s regiment met up with the 108th RCT. The Sayre Highway was finally cleared. Strong patrols flushed out Japanese who had fled to the mountains. By July 1st, all organized Japanese resistance had ended. On August 15, 1945, Japan finally surrendered.

The 31st slogged courageously through the unknown, overcoming insurmountable odds. Each patrol had a point man—the leader who showed the way. Whom do you trust?

Jesus said, “I am the Way, the Truth, and the Life.” That’s why the apostle Paul could write: “We are hard pressed on every side, but not crushed; perplexed, but not in despair … struck down, but not destroyed … Therefore we do not lose heart” (John 14:6; 2 Corinthians 4:8-9, 16).

Thank you Robert Bailey for being a Hero in Our Midst.

Helen Mooradkanian is our Valley Patriot Hero columnist and a former business writer. She is also a member of the Merrimac

k Valley Tea Party, You can email Helen at hsmoor@verizon.ne