By ValleyPatriot on October 5, 2011Comments Off on Hero in Our Midst: Staff Sgt. John Katsaros Part II

Last month we described the miraculous escape of downed airman, John Katsaros, USAAF, of Haverhill, whose life was saved during WWII by the French Resistance. Smuggled out of Nazi-occupied France in a 3-month, 3,000-mile escape, he gathered strategic intelligence used to liberate France. For this, he received France’s highest honor. Part II follows. 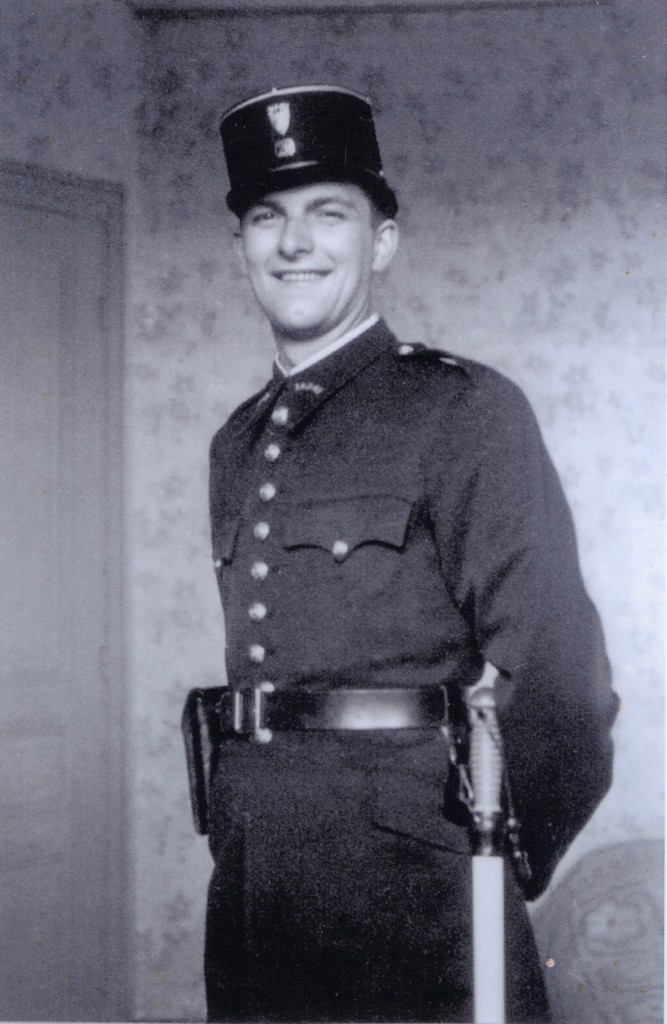 On September 6, 2011, in Haverhill, in a ceremony attended by military and political dignitaries, Staff Sergeant John Katsaros, USAAF (ret.), received the Chevalier in the French Legion of Honor for his “outstanding contribution to the liberation of France from Nazi occupation in World War II.”

Consul General of France, Christophe Guilhou, granted this prestigious medal to Katsaros, on behalf of French President, Nicolas Sarkozy, who signed the decree. The medal was created in 1802 by Emperor Napoléon.

“This honor,” the Consul General said, “is a token of France’s eternal gratitude. France has never forgotten the tremendous sacrifice and contribution that went into helping liberate our country. Mr. Katsaros, thank you for your courage, perseverance, and dedication. You are a true hero.”

The escape route Katsaros followed was mapped out by the British SOE working with the French Resistance. They code-named him “Burgundy,” and smuggled him in various disguises from the north of France near Reims, where his B-17 was shot down, to the south, across the Pyrenees into Spain, then Gibraltar and England. He flew home on President Roosevelt’s personal plane.

As Consul General Guilhou pointed out, “It is imperative we honor men such as Mr. Katsaros for their courage and sacrifices. Moreover, younger generations must never forget that it is due to their sacrifices that we are able to live in a free and democratic world today.” 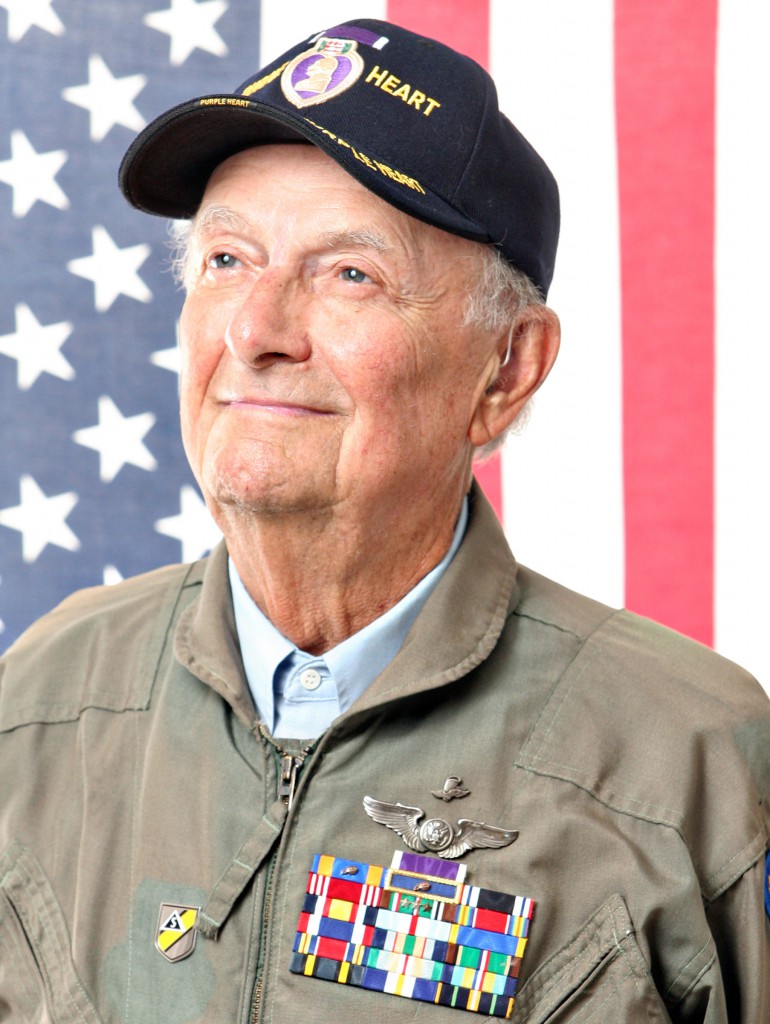 Katsaros became the vital link exposing enemy secrets as he moved within the vast network of cells within the Resistance.

Newly declassified government documents reveal his espionage in the 3rd edition of “Code Burgundy: The Long Escape.” Among them: Hitler’s top-secret weapons, the Jet Bomber and the ME-262 Jet Fighter; the V-2 bomb that flew undetected then dropped, silently; the Ho 2-29 stealth bomber (600 mph at 60,000 ft) that could fly undetected by radar from Berlin to NYC and back without refueling—carrying the Atomic Bomb before we had it!

He uncovered the European-wide holocaust of Jews, Catholics, and Gypsies; sites of German stalags (POW camps), names of German commanders, transport of POWs and their number; anti-aircraft machine-guns stationed along key railway routes.

Journey without a roadmap

Little did the Resistance know, when they stormed “La Bonne Maison” farmhouse near Reims and rescued Katsaros in a blaze of gunfire, that their daring rescue would have such far-reaching impact—linking men, nations and generations.

“I owe my life to the French Resistance,” said Katsaros, who formed a deep bond with all his helpers, especially the three Resistance leaders who executed his first rescue: Pierre Demarchez, leader of the Chaumuzy cell, Jean Joly, leader of the Reims cell, and René Felix, Reims cell.

“These men were focused, shrewd, and calculating in their strategy. They were fearless, driven only by their love for France and their love of freedom.”

His second rescue was orchestrated by the Reims police chief, another Resistance leader. Katsaros, captured at the bakery run by Pierre and Julienne Demarchez, was being transported when . . . A clever ambush of the German convoy. A surprise blockade. “Official” vehicles. A stunned Gestapo. And Katsaros sped away in a cloud of dust! Not a shot was fired!

Often instructions came one at a time. “Follow me.” “Go to . . .” “Look for a man who…” “Wait there until . . .” People slipped in and out of his life, whispering instructions, giving messages.

General Dwight D. Eisenhower, Supreme Allied Commander, wrote in his book, “Crusade in Europe,” that “without the great assistance (of the French Resistance), the liberation of France and the defeat of the enemy in Western Europe would have consumed a much longer time and meant greater losses to ourselves.”

“These men and women showed me what courage is. Their boldness gave me strength and hope. “I never felt lonely because I became part of their family. From them, I learned how to survive: devise plans, avoid capture, escape when seized, endure hardships and never lose hope.

“This was not just my war. It was our war, and we fought it together, side by side. They felt it was their duty to protect me, save my life, and send me home safely.”

He became the beloved son of Pierre and Julienne Demarchez, who nursed him to health in their home for several weeks, at great risk to themselves. When discovered, Julienne was tortured by the Gestapo, but steadfastly refused to reveal anything. Later imprisoned at Ravensbruk, she said she would do it all over again for the cause of freedom.

John Katsaros’ mission did not end with WWII. He is part of a greater purpose linking freedom-loving patriots, and nations.

Today his mission continues to unfold, honoring the heroes of the past and inspiring future generations to fight for freedom.

The French Resistance was like a swift-flowing river underground, invisible, bringing life, freedom, and hope to those bound in darkness. Nothing could stop it.

When walking the line between life and death, a bond develops with those who saved you. It can never be broken. It spans generations. Katsaros’ visits to his rescuers, and their visits here, attest to this.

It also crosses continents. The international Air Forces Escape and Evasion Society (AFEES), which Katsaros heads as president includes 300 living WWII airmen and the more than 600 helpers who saved them, who meet annually.

As a gift to the people of France, a French translation of Katsaros’ book “Code Burgundy” is now being prepared, which he will donate to schools and libraries as a memorial to the heroism of these patriots and an inspiration to future generations.

To Americans, Katsaros urges, “Cherish your freedom!” During his escape, he said, “every close call made freedom taste even sweeter.” He has given more than 100 talks across the United States before the Air Force Academy, aviation groups, grammar and high schools, colleges and universities, veterans groups and churches, to keep alive our precious heritage—and to remind us how fragile freedom is.

“Freedom is never more than one generation away from extinction. We didn’t pass it to our children in the bloodstream. It must be fought for, protected, and handed on for them to do the same.”