By Tom Duggan on April 1, 2006Comments Off on Hero in Our Midst – Tuskegee Airman Luther McIlwain, Part 1 – Valley Patriot of the Month 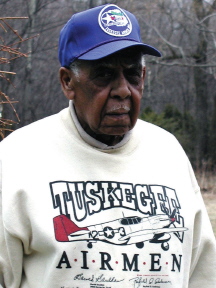 METHUEN – Everyone meeting Luther McIlwain for the first time immediately realizes there is something special in the air.

Even a short conversation with the 85 year-old veteran of World War II causes you to think about the greater social and political issues of our time.

Every one of the many detailed stories he freely shares about his life is filled with lessons on determination, hard work, the evils of racism, pride, humility, education, luck, and making a difference. Today, Lt. McIlwain still visits schools to teach these important messages to young people for them to use in their own lives. The subtle hint of optimism in all he says is pleasantly refreshing.

Luther was born on September 23, 1921 in Lugoff, a small rural town in South Carolina.He was born to Simon and Katherine McIlwain in an era when racism and segregation were a way of life in the Deep South and the lynching of Negroes who got out of line was still practiced.

In spite of all this prejudice, Simon McIlwain worked hard and took advantage of nearby educational opportunities. In 1914 he graduated from the all-Negro Claflin College in Orangeburg and studied new and improved methods of farming.

About this time, the federal government instituted a program to bring more scientific methods of agriculture to rural farmers. Simon McIlwain was subsequently hired as a Farm Extension Agent to help teach local farmers the benefits of new technology. Unfortunately, the white farmers didn’t take well to being told what to do by a Negro and a group of white “crackers” gave him “24 hours to get out of town.” The McIlwains knew immediately what would happen if Simon stayed. 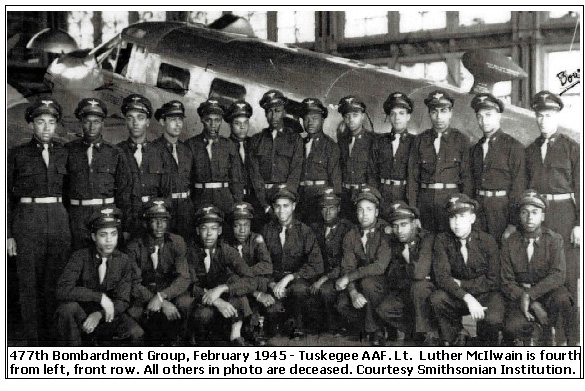 So Simon McIlwain traveled to Pittsburgh where he had heard the steel mills were looking for help. He found a job as a steel/iron worker, and in his spare time played second base for the Homestead Grays baseball club. The Grays were an independent Negro team formed in 1912 that played other regional ball clubs. Years later, the Homestead Grays would become part of the Negro National League and win a number of league championships and the Negro League World Series.

In 1923 the Grays traveled to Lawrence for a game and Simon saw a “Help Wanted” sign for one of the mills. He jumped the team and got a job at the Champion International Paper Mill – later to become Oxford Paper – and sent for his pregnant wife, Katherine, and two-year-old Luther to join him. Shortly afterwards, Luther’s sister Glendora was born.

The family lived in a five-story walk-up on the site that is now Manzi Dodge. During this time in Lawrence, Simon McIlwain was accepted to Suffolk Law School and a young Luther began his education at the Saunders grammar school. In 1928, Simon was awarded a law degree from Suffolk and the family moved to a relative’s farmhouse in the Pleasant Valley section of Methuen. Luther McIlwain still lives in that house today, where he once spent the early days of his youth. 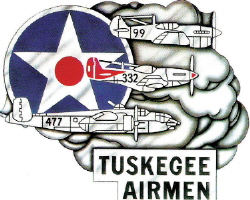 Soon the Depression came and making a living was tough. Simon McIlwain used the farm to raise 400-600 hogs a year, which he sold to local mill workers for income. He was so good at hog farming that he later became a lobbyist and spokesman for the Hog Growers Association.

In the latter half of the 1930s, Luther attended the old Methuen High School – now City Hall – where he was captain of the track team and elected three years in a row to class vice president and a member of the Student Council.

Luther graduated in 1939 and the next year was off to the all-Negro Allen University in Columbia, S.C. to study pre-law. It was here on December 7, 1941 where he heard others yelling out a window that Pearl Harbor had just been bombed by the Japanese.

Like everyone else, he didn’t know where Pearl Harbor was but he knew it meant war. He had already been designated as 1A by the draft board back in Methuen and was resigned to wait for the Army induction notice to show up in the mail. But he missed the first wave of the draft because of his age and in the spring returned to Methuen for the summer months where he worked in the mills and played baseball. This was also the summer he played ball with his old friend, Mike Buglione, a Valley Patriot of the Month highlighted in the April 2005 edition of this paper. 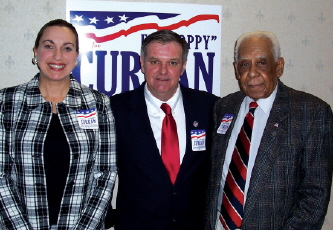 Another year of school passed and in the fall of 1943 he went back to Allen, knowing Uncle Sam would soon come looking for him. The services were still segregated then and he didn’t relish being assigned a menial role in the war effort. In the early 1940s, the Marines didn’t accept Negroes at all, the Navy accepted Negroes for minor positions like cooks and kitchen help, and although the Army allowed you to fight, assignment was to all-Negro units under white command.

Then, that September, fate intervened. On a Sunday afternoon, 2nd Lt. Willie Ashley came to the campus to visit his girlfriend. He looked sharp in his uniform with the Air Corps Eagle on his officer’s cap, impressive bronze bars on the sleeve indicating his rank and pilot wings pinned to his chest. He was a Tuskegee Airman. He quickly drew a crowd and when Luther saw him, he immediately said to himself, “That’s what I want to be.”

Ashley told Luther that he had to apply to Washington to become part of the Tuskegee program, but that he could get the paperwork at the local recruiting office. The very next day Luther went down to the office to start the process. As he entered, there were five imposing white officers facing him, two from the Army, two from the Navy and a Marine. When he asked for the paperwork, they laughed at him. “Did you hear that?” one of them said, “the nigger wants to fly a plane!”

Luther McIlwain ran out of there as fast as he could, tears streaming down his cheeks, and that night went to his girlfriend’s house looking for answers. It turned out that his girlfriend’s mother was the head cook and good friend of C.C. Richardson, the state’s Chief Game Warden, who was white and a powerful local politician. Luther’s girlfriend, Lillian, – and later his wife – said she would see what she could do and told Luther to come back the next day. What happened could not have been better. Richardson offered to send his car and chauffeur J.J. White to pick up Luther and drive him the 14 miles to nearby Ft. Jackson where he could get the paperwork without a hassle. Luther will never forget that day when the guards at the fort recognized the warden’s car as it approached and smartly stepped aside as J.J. drove right through the gate entrance.

Ten days after filling out the papers, Luther got a letter from Washington telling him to report to Ft. Jackson on October 10th, 1943, for tests and a physical. He passed with flying colors and was sworn in the next day. He was then put on a train to Ft. Bragg, N.C. where he was assigned to a Negro barracks. After a brief stint at KP, Luther’s main job became teaching the other 32 soldiers in the barracks how to properly sign their names on the payroll cards so that the Army could pay them. He also assumed the task of reading letters from home to these mostly uneducated farm boys and writing out their own letters to their families.

This went on for four months until January of 1944 when Tuskegee finally called.

The orders were brought to Luther by a white major and a white captain and included a train ticket to Keasler Army Air Field in Biloxi, Miss. where he would undergo pre-aviation basic training. To his astonishment, the white officers picked up his two large duffel bags and threw them into the Jeep. This was the first time Luther had been shown any respect by the white Army establishment.

The officers drove him to the train station and put his bags on the train. But when Luther tried to board the Pullman car with his first-class ticket, a ruby-faced white conductor refused to let him on because he was a Negro. The Army major and captain took the conductor aside and after discussions with the depot agent, Luther was allowed onto the Pullman. From there on, a helpful Negro porter took good care of Luther for the two-day train trip.

Hero in Our Midst – Tuskegee Airman Luther McIlwain, Part 1 – Valley Patriot of the Month added by Tom Duggan on April 1, 2006
View all posts by Tom Duggan →