By Tom Duggan on December 8, 2004Comments Off on Heroes and Bozos

A belated three cheers for The Town of Methuen Council on aging as well as the Councils on Aging in Lawrence and Haverhill for having an open door policy which allows all candidates to campaign at the centers (which are clearly public buildings). 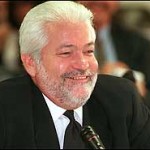 Kudos also to Superintendent Laboy for continuing to scrutinize the unnecessary spending of Eastern Contractors and architect Flansburgh & Associates, who have been hired to construct the new Lawrence High School for $110 million. Though Mayor Sullivan has publicly ridiculed School Committeeman Amy McGovern for her extensive criticism of the High School Project, it turns out she may have been right all along. (See story page 1.)

Kudos to everyone in the Lawrence School System who have worked diligently to get the High School accreditation back, including Lawrence High Principal Tom Sharkey, the teachers and administrators who work at the school and Lawrence Mayor Mike Sullivan.

Kudos to North Andover Selectmen Wendy Wakeman, Jim Xenakis and Don Stewart who are all heroes for voting to change the tax classification differential from 1.18, to 1.08, in an attempts to bring the rate down, making commercial property more attractive for businesses. Hopefully, this will bringmore business into North Andover.

Bozo status goes to several members of the Lawrence City Council for not paying attention to the lengthy presentations given to them during public meetings. As if these meetings weren’t long and tedious enough, some members of the council day-dream and pass notes to each other and then spend an excessive amount of time asking questions which were answered several times before, over and over and over again …making a laughing stock of the city and making our evenings verrrrry looooooong! 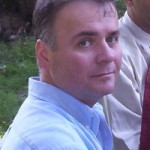 Kudos to Lawrence City Councilor Mike Feilding (District “F”) for speaking out against raises for members of the City Council, especially in light of the fact that the city is millions in the red and most Councilors can’t even pay attention to what they are doing.

Kudos to the Haverhill Knights of Columbus for voting to support Father Cleary’s decision to ask State Rep. Barbara L’Italien to step down as Cantor at St. Augustines Church in Andover. Kudos also go to Andover Selectman Brian Major for coming to Father Cleary’s defense.

Finally, kudos to Mayor Fiorintini for standing up to developers trying to pull the wool over his eyes in Haverhill.