By Dr. Charles Ormsby on March 8, 2005Comments Off on Heroes in Our Midst – Corporal Theodore (Ted) R. Eaton- Valley Patriot of the Month 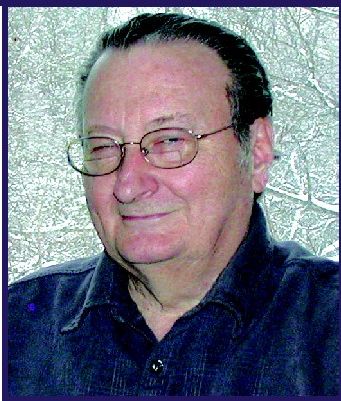 NORTH ANDOVER-The Eaton family has a proud history of serving in the U.S. Armed Forces. When Ted Eaton was in his early teens, he had three brothers who signed up for duty in WW II (John and Lindy in the Army, and Frank in the Navy). In the summer of 1948 the world was generally at peace and Ted, now 17 years old, thought the Army might be a good place to gain some needed skills.

After enlisting, Ted requested training in radio repair. The Army, however, less interested in civilian skills than building a fighting force, sent Ted to Fort Meade, Md. to learn how to drive tanks. Eventually, Ted did get some radio-related training. His next stop was Ft. Monmouth, N.J. where he was trained as a radio operator. Graduating at the top of his class, Corporal Eaton was assigned to the 3rd Armored Cavalry Regiment Light.

If it hadn’t been for President Truman’s Secretary of State, Dean Acheson, Ted may have had a quiet enlistment and then been returned to civilian life. But Acheson, probably hoping to appease Stalin and the Chinese communists, decided to announce to the world that Korea and Taiwan were outside the American Far Eastern security cordon. He might as well have invited the communists to dinner.

On June 25th (Korean time), 1950, the North Korean communists invaded South Korea without warning. Just a few days later, Corporal Eaton, who was on weekend clerk duty at the time, got the order, “Contact your Company and tell them to get in here immediately … they’re shipping out to Korea on Tuesday.” That’s how fast it happened. 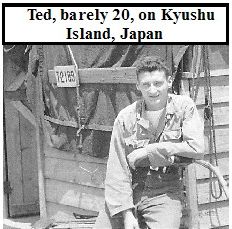 Ted did not leave for Korea immediately with the rest of his Company. In fact, because Ted had a triplet brother assigned to Europe, he had his choice of orders: Korea or Europe. What would you do? Ted reflected on his family’s record of military service and gave the only answer he could, “Send me where Uncle Sam needs me the most.”

With the South Korean Army trapped and being decimated on the north side of the Han River and the North Korean Army streaming south winning victories against U.S. Forces, the answer was obvious. Ted was going to Korea. Before shipping out Ted was assigned to the 20th Signal Corps based out of Ft. Bragg, N.C.

By the end of July 1950, the North Korean Army had captured nearly the entire Korean peninsula. The US Army finally established the Pusan Perimeter in early August after General Walker had issued his “Stand or Die” order. Fierce fighting around Pusan in August and early September led to MacArthur’s brilliant (but risky) flank-ing invasion at Inchon on September 15th. 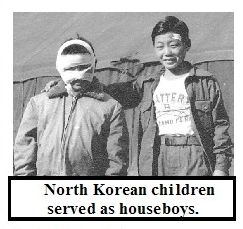 Corporal Eaton, having arrived just before the Inchon landings, remembers the mad dash to transport supplies by rail and truck to the infantry. While Ted had not been trained as a truck driver, that is what Uncle Sam needed. Ted soon found himself behind the wheel in a truck convoy in close proximity to the fighting northeast of Seoul. You may feel some comfort when surrounded by fellow soldiers in a convoy, but that secure feeling vanished one day when Ted found himself separated from the trucks he was following.

All of a sudden, with no trucks in front of him, Ted became the lead driver without much of an idea where he and those following him were going. Luck (or intuition) prevailed and Ted found the intended destination that day, but he knew he never wanted to lose sight of the trucks ahead of him ever again.

Shortly thereafter, Ted was assigned Temporary Duty (TDY) to the 2nd Infantry Division, 8th Army as a radio operator (finally something he was trained for!). U.S. forces were rapidly pushing northward and on October 19th the North Korean capital of Pyongyang was captured. Ted remembers reaching the Yalu River (the North Korean – Chinese border) in late November. Everyone was excited and talking about being home for Christmas. The Chinese had different plans.

In late November the Chinese attacked in force along the Yalu. Ted remembers being ordered on November 27th to “shoot anyone coming over that hill” because they would be Chinese. Within days the 8th Army was in full retreat and Ted’s Division was surrounded by Chinese troops (plus some Russian advisers). If the Division didn’t fight its way out, Ted would be killed or captured. 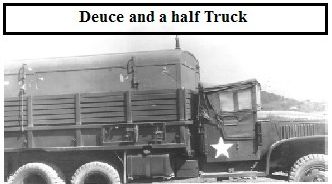 As the battle raged, Ted was in a “deuce and a half” (2 ½ ton) truck. Under the plywood canopy in back, Ted had his radio equipment set up and was handling classified/coded message traffic to and from his unit. Suddenly, radio silence was ordered (probably to avoid giving away their position) and Ted was told to get down.

He couldn’t have transmitted much longer anyway because, as he lay on the bench in front of his radios, the truck was ripped with machine-gun fire. Both the driver and the right seat passenger were wounded and the streak of bullets raked across the radio stack just above his head. The driver yelled, “Eaton, GET OUT!” but Ted had one more job to do. He had to set the fire grenade that was designed to destroy everything in the truck (especially the secret codes) that might have value to the enemy. As Ted rolled off the back of the truck, he was grateful to see a jeep had just pulled up. At this point, Ted effectively became a member of the infantry.

Ted remembers how difficult it was to distinguish friendly troops from the enemy and his concern that he never shoot at friendly forces. At one point he encountered an enemy soldier crawling on the ground with his head up and screaming. Before firing, Ted noticed that the soldier had no legs … they had just been blown off. Knowing he no longer constituted a combat risk, Ted left him alone and he was later helped by U.S. medics.

The 2nd Division finally broke through enemy lines on Ted’s 20th birthday, November 30, 1950. When he told a fellow soldier “this was one heck of a way to spend his birthday,” the soldier reached into a hiding space and pulled out a fifth of Canadian Club. Ted had never tasted whiskey and remembers that it “burned like hell going down!” Finally, Ted got a ride back to Seoul and his few days as an infantry soldier (albeit, unofficially) were over.

After arriving in Seoul, Ted’s unit was renamed the 8075th Army Service Unit and assigned TDY to the 51st Fighter Wing, 5th Air Force which was relocating to Kyushu Island, Japan. Ted served the 51st as a radio teletype operator coordinating air strikes originating from U.S. airbases in Japan. Ted was in Japan from Christmas 1950 to April 1951. In April, Ted returned to Korea and assigned TDY to the 11th ROK (Republic of Korea) Division in Intelligence.

During most of 1951, the Korean conflict saw vicious fighting around the 38th parallel during seemingly endless UN resolutions and ceasefire attempts. With a truce imminent (finally agreed to in November of 1951), Ted was sent stateside. Ted was finally discharged in May of 1952.

Ted often speaks to schools about his experience in Korea. He tells them that there is no glory in war … it is torture. While he skips over the more gruesome aspects of warfare, he also tells them that war is hardest on the children. Adults can find some way to fend for themselves, Ted says, but children are often seen just huddling together or picking through garbage to survive. He remembers children whose only English was, “GI, have candy bar?” While U.S. troops couldn’t help them all, a few were ”employed” as houseboys (see earlier photo) to provide them the necessities of life.

Corporal Eaton was awarded the Korean Service Medal with Four Battle Stars, the United Nations Service Medal, the American Defense Medal, and the Good Conduct Medal. He has been active in the VFW for over 50 years and served as the Massachusetts State Commander from 1986 to 1987.

Note: All photos from the Korean War period in this article were taken by Corporal Eaton and taken from his personal collection.