By Dani Langevin on July 24, 2016Comments Off on History of LBGTQ Murders: Stop the Hate! 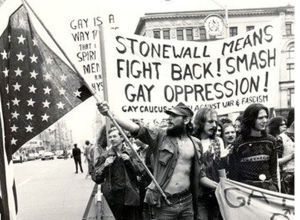 There is no doubt that the shooting at the Pulse dance club in Orlando is a tragedy. It is an act of hate, an act of homophobia, and an act of terrorism. I am saddened and sickened by it. I am also angry, yes at the shooter, but also at the reaction to it. I will ignore those who praised the act because they deserve no attention. Who I am angry at are those who suddenly awakened from their blind stupor and are finally voicing support for the LGBTQ community. There have been Youtube videos and Facebook posts from people who freely admit that they do not condone the lifestyle of this community, but are just as saddened and sickened by what took place in Orlando. I am grateful for their support and purported epiphany, but what took so long? Why did it take this event? Are you one of those people? Have you no idea of the murderous history of my community (and yours BTW) over the past, almost, 50 years? I’m a history teacher. Be prepared to take notes.

The first real recorded action from the LGBTQ community was in 1969 in New York City at the Stonewall Inn when the gay community was fed up with the constant police attacks and raids. This is known as the Stonewall uprising or Stonewall riots. It all escalated from there. Stonewall is known by anyone who was born after the 1960’s, but what about the fire at a gay bar in New Orleans on June 24, 1973. This is when a homophobic arsonist set fire to the club burning 32 patrons to death. Why weren’t people enraged then? Why did it have to take another 43 years until another mass murder was committed for people to get the big picture? There have been many more murders and hate crimes between then and now that have gone virtually unnoticed and ignored.

Between 1969-1979 there were 10 reported murders or attacks that can be called hate crimes against the gay community in the United States. However, there are most likely scores, if not hundreds of others that went unreported or were registered as “regular” murders because of the stigma attached to being homosexual during this decade and the following decades. All of these LGBTQ victims have names, faces, and horrible stories. In 1978 several gay men were attacked and beaten in New York. One of which was the Olympic skating announcer, Dick Button. He’s not the only famous gay man to be targeted in this decade. Harvey Milk, politician and activist, was shot to death that same year in November. In 1979, Tennessee Williams was also severely beaten because of his sexuality. These are famous people. Did you ever hear of Terry Knudsen, Robert Allen Taylor or Steve Charles? Steve was seventeen.

They were all murdered because of whom they loved.

The next decade, according to U.S. police reports was a slow year for homophobic crimes. Only four were reported. I snort a little at that statement, “Only four”. There are four families still mourning the loss of their loved ones three decades later. Here are a few: Rebecca Wight and Claudia Barner were shot 8 times while hiking. A man had seen them engaged in a sexual encounter at their private campsite, got his gun, and open fired. Wight died, Barner survived. This was in 1988 and is the subject of the book Eight Bullets, a harrowing account of their ordeal. Later in that same year, a man by the name of Richard Lee Bednaski killed two gay men in Dallas. He was convicted, but only sentenced to 30 years because, according to the judge, the victims “shouldn’t have been cruising for men”. So, they deserved it?

There was a big jump in these crimes between 1990 and 1999: seventeen reported murders. Again, this number is bogusly low, I’m sure. The most “famous” murders were that of Brandon Teena in 1993 and Matthew Shepherd in 1998. Brandon Teena was a transgendered female to male featured in the major motion picture Boys Don’t Cry starring Hillary Swank. Brandon was eventually raped and killed when his secret was found out. Matthew Shepherd was severely beaten, tied to a fence and left to die. He was just a teenager. One particularly gruesome murder I came across while doing my research was that of Steen Fenrich in Queens, New York in 1999. Fenrich was murdered by his stepfather, dismembered and buried. His remains were not found until the following year. Written across his skull were the words, “Gay n—ger number one”, along with his social security number. Why didn’t that make the press?

Now it’s going to get even uglier. There were 63 reported murders and attacks on the LGBTQ community from 2000-2009. Why is that? Wasn’t it a decade when the country was becoming more tolerant? After all, same sex marriages were legalized in Massachusetts in 2004 and, right on time and point (I say with great sarcasm), the House of Representatives finally extended federal law to include attacks against a person due to their sexual orientation and gender identity as a hate crime. Way to go House. Even though these milestones were reached, it is the second deadliest decade for the gay community to date. Just ask the families of Terrianne Summers and Sakia Gunn. Summers, a 51 year-old transgendered woman and activist was shot in her own front yard. Gunn, 14, was stabbed to death at a bus stop after she told a man making advances toward her that she was a lesbian. Don’t, however, ask Ronnie Antonio Paris how he feels about the loss of his 2 year-old son whom he beat to death because he thought his son may be gay and didn’t want him to grow up to be a sissy.

Now we come to the last 7 years. Before Orlando there were 41 reported hate crimes within the community of which I speak. In 2010, La Reina, a 30-year-old gay man was kidnapped, sodomized by multiple foreign objects, burned with cigarettes and tortured by homophobic gang members. That same year 18 year-old Joshua Wilkerson was beaten and burned to death. Do any of you know their names or anyone else’s mentioned in this column besides the famous? I doubt it. Why? Why are some hate crimes more important than others? Why have there been so many beatings and murders that have gone unreported and unnoticed? Because we’re homosexual! We’re subhuman according to history. We are laughed at, scorned, and underappreciated. That needs to change before another decade goes by with more singular and mass killings on this community.

Researching this column was heartbreaking, maddening and exhausting. Reading murder after murder and realizing almost all of them went on without a conscious thought from the media, police, politicians and policies, and the rest of the U.S. population is a crime in and of itself and I am just as guilty. I found that between 2008-2014 there were 1,612 murders in 62 countries of transgendered people. That’s approximately 2 murders a day. The Human Rights Campaign reported that there were 594 murders of LGBTQ people from 2013-2014 in the United States alone. That’s a hell of a lot more than 49 and yet no one became outraged and went to social media to speak out for us. This is a ludicrous number and it’s most likely going unnoticed because who the victims are. This is all disgusting. In a country whose motto is “Land of the free” and the Declaration of Independence says that “all men are created equal”, what the hell is going on? Who is protecting us?