By ValleyPatriot on August 24, 2014Comments Off on How Far We Have Come? 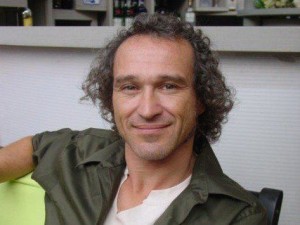 The recent events and conflict in Gaza have caused great stress and polarization around the world. Although the best in the great majority of us has risen to the top in protests for peace across the globe; the worst in a few, blinded by the ideology of racism and hatred for “the other”, has held near exclusive sway in all the corporate-controlled, mainstream media, with a fundamentalist, reactionary demonization of all things Palestinian.

Let me say this with as much clarity as possible. What we are facing today is not a question of choosing sides between Israel and
Palestine, but rather a basic question of, and a crisis within, our own humanity; of who we are, of what we have become in our very souls.

When I hear religious leaders, politicians, news-actors and their puppet followers, degrading the human worth of an entire population, calling for more and more violence, justifying genocide and the killing of children, in order to suit their ideological and political ends, literally admitting to and embracing the word “fascism”, for the joy of bloodlust and surge of power they feel for being on the wielding side of the artillery shells, a deep rage and disgust boils in my heart.

Facing such cruelty, I willingly choose atheism over all of your vengeful, spiteful, hateful gods, all killing in the name of … in the shame of the poison that has filled too many souls, excusing atrocities and applauding murder as greatness.

Yes, I choose a side, not based upon religion, or nationality, but founded in truth and a common decency for all life. I stand as much with the Palestinians and their struggle for justice, as I do with the refugee children sitting at the U.S. border, and with all those who stand up against the politics of apartheid, against the manipulating governments of fear, distrust and hate.

If you ask me why Israel and its supporters are on the wrong side, it is because they are the military occupiers. The aggressor has no “right” to claim defense.

Listen to what is being said, listen to the words dripping off the oppressor’s tongue, mimicking the drool of blood that falls from the vulture’s beak, and ask yourself how far have we come from the Germany of the 1930’s, when the same evil was spoken, in the very same way, in the very same words, about another race, another culture?

What we see today has nothing to do with the teachings of any religious scripture and everything to do with racism and greed, with the concentration of wealth into the hands of a few elite, who consider themselves the gods, the master race, while the rest of us – all of us – whether Muslim, Jew or gentile, the mat on which to wipe their feet.

Mark Lipman, founder of VAGABOND, is a writer, poet, multi-media artist and activist, author of six books, most recently, Poetry for the Masses and Global Economic Amnesty. Co-founder of the Berkeley Stop the War Coalition (USA), Agir Contre la Guerre (France) and Occupy Los Angeles, he has been an outspoken critic of war and occupation since 2001. editor@vagabondbooks.net www.vagabondbooks.net