By Jeff Katz on July 3, 2011Comments Off on How the Media Spins Political Gaffes 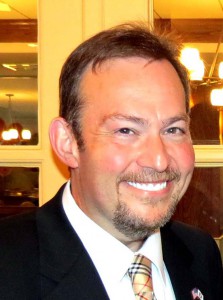 Recently, we’ve heard a lot about presidential candidates and gaffes. Sarah Palin stated that Paul Revere warned the British that the British were coming.

After she was roundly ridiculed by the usual high and mighty types, a number of noteworthy historians pointed out that her explanation was absolutely correct. Not only had America’s most famous silversmith alerted the nascent American patriots that the British were coming, he had also warned the British loyalists that there was soon to be trouble.

Congresswoman Michele Bachmann confused Concord, Massachusetts and Concord, New Hampshire. No way to spin that, it was what it was, a mistake. The usual suspects however declared that this faux pas provided clear and convincing evidence that Bachmann should be institutionalized as soon as possible.

Well, okay then. Riddle me this, stat-man. How many of the following statements by a rather  prominent presidential candidate fall in to the honest mistake category. A presidential candidate who declares that he has always loved the Chicago White Sox, but cannot name a single player of any generation who he liked. Oh, and this supposed White Sox fan points out that he loves that they play at Cominskey Field, when they actually play at Comiskey Park.

Swing and a miss!

OK, let’s handle the presidential candidate who has gone to great lengths to proclaim his sincere Christianity, but then announces that he would like to talk about his Muslim faith. Merry Christmas or Happy Ramadan, close enough apparently.

Now consider the presidential aspirant who was quite sure that small children with asthma simply needed to have the government provide them with breathalyzers to cure their ills. Perhaps, this candidate needs another cocktail?

Don’t forget the man who would be president who wrote “May 2008” in the guest book at Westminster Abbey despite the fact that he was visiting in “May 2011”. Hmm, could have been a typo except that it was written with his own hand.

Oops, almost forgot the candidate who has been described as a constitutional scholar but stated that the United States Constitution was written twenty centuries ago? And those Brits thought they had something with that fancy Magan Carta, eh? Do you know the ages of your own children? Well, there is a presidential candidate who does not know the age of his own older daughter.

Finally, how about the man who wants to be President of the United States who proudly proclaimed that he had visited fifty-seven of our states, and only had one or two left to go.

Please consider all of the evidence above to be a pretty good indication that some reporter somewhere should ask Barack H. Obama, if he is indeed a flake? Inquiring minds, would like to know.