By Paul Murano on August 19, 2013Comments Off on Marriage in the Age of Fornication Part 2: The “Relationship” Culture 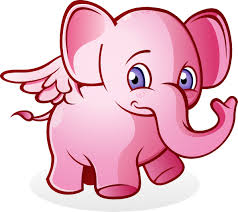 Last month in this column we mentioned that the distortion of adding same sex partners to the definition of marriage was not nearly as shocking to society as the separation of sex from marriage had been. When Elvis shocked the nation live on the Ed Sullivan Show by rotating his hips to music (the cameras would only show him from the waist up), the unquestioned norm of society was that sexual activity was to be reserved for marriage. This was the universally expected norm for several millennia of human history.

The meaning of love and marriage was clearly indicated in the exclusive union of two persons of the opposite sex coming together bodily to become one flesh. Specifically, the co-mingling of two such persons in sexual intercourse, the act of permanent bonding that consummates a marriage, is what seals the union that makes them “no longer two, but one flesh.” Marriage, sex, and children were understood as three dimensions of the one reality, not to be separated. However, “ the pill” dissolved that natural concern for pregnancy, and inaugurated the sexual revolution.

In the past four decades we have seen a paradigm shift to rationalize behavior that would have been considered a form of prostitution in most other times. It is now the norm. For example, the post-1970’s premarital “relationship” has become a type of “mini-marriage” based on selfish aims. The unspoken contract presumed by both partners in today’s “relationship” model would include the following promises: “I John take you Mary to be my temporary sex partner, so that I may fulfill my emotional and physical desires until another person comes along that might be able to better fulfill them, or until I get tired of you, whichever comes first.” Like sheep following their shepherd (the media), this unspoken deal is what a generation and a half of young people have consented and exposed themselves to in a serial way, without realizing how detrimental it is to the individual and to marriage. This new American ritual of premarital “relationships” has become the societal norm – parents have accepted it, schools have encouraged it, and it has been left virtually unquestioned – until recently.

In recent years a backlash has been observed in books such as, “I Kissed Dating Good-bye”, and through organizations such as “Love & Fidelity Network” and “Pure in Heart.” They have challenged the status quo, pointing out that today’s dating and relationship patterns are the perfect recipe for divorce. The human heart was not made for the practice of becoming intimate and breaking up, then becoming intimate and breaking up, etc. The natural reaction to such a pattern is for the heart to harden and to partially close to any potential future love: One cannot give one’s self to someone and expect to fully receive it back whole. It contradicts human nature. At one time everyone knew this bit of wisdom – before the sexual revolution made us stupid.

The “relationship” paradigm contradicts how we are constituted emotionally, psychologically, and socially; and it follows that America and the west have been experimenting with a new social rite of passage that is at its core consensual abuse. It begins as early as middle school and can continue through one’s thirties and beyond. It unwittingly attacks hope, self esteem, and the institution of marriage. This relationship paradigm has become an ingrained cultural habit, making marriage just another “relationship” — and we wonder why 50% of marriages now end in divorce.

45 years ago on July 25th, a letter to the world entitled Humanae Vitae was written by Pope Paul VI. In the context of the recent creation of the birth control pill, the Pope warned that if contraception were to be made popular there would be many deleterious consequences. Only a few years later the contraception mentality did begin to permeate society, separating sexual intimacy from procreation and from marriage. No longer was two becoming one seen as the sacred act and exclusive gift of self that seals a permanent union in marriage, but rather it descended to becoming an act with no more subjective meaning than animal copulation. As a result men lost respect for women, women for men, and it was the beginning of the end of recognizing the sacredness of both marriage and of each other.

Love and happiness were always the aim, but today’s “relationship” ritual misses the mark completely, producing instead broken hearts, broken dreams, and the inability to fully love one’s future spouse with an undivided heart. In order to save society from this metaphorical quicksand there needs to be a re-thinking of the human person and what love really is. Since the media and academia are most deeply stuck in the quagmire, individuals must rebel by being counter-cultural – willing to accept the ridicule and alienation that may come from it. Like any great movement in history, it will take courage and perseverance. The future of the family and society, as well as everyone’s innate goal of happiness, depends on it.