By Christine Morabito on November 17, 2014Comments Off on In Global Warming Battle Truth is the Biggest Casualty 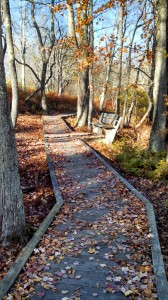 On a recent trip to Maine, I hiked the beautiful Wells Reserve at Laudholm. The quiet solitude, view of the salt marsh and resident wildlife was well worth the trek — except for one thing. Dotting the landscape were dozens of unsightly white structures, resembling cages. A sign on the boardwalk described these eyesores as an experiment “to simulate the effects of global warming on salt marshes …” This begs the question: If catastrophic man-made global warming is truly occurring, then why do we need to simulate it? Maybe because it isn’t.

Ignoring the constant barrage of threats and intimidation, more and more scientists are asserting that the science is not settled. What began as science has become a highly politicized, well-funded environmental activist movement with the ultimate goal of changing human behavior. The villain in this doomsday scenario is modern industrialization and the resulting carbon dioxide, or CO2, it adds to the environment. But, this greenhouse gas represents a tiny portion of our atmosphere (.054 percent), making it virtually insignificant. Smaller yet is the amount of CO2 humans contribute to the mix.

As highly-evolved organisms, we tend to have an inflated sense of our own importance. So, If you can convince enough gullible humans that they are the ruining the planet, if you can get a few Hollywood elites, liberal activists, politicians and a crisis-addicted media on board, the money will follow. Today, tens of thousands of jobs depend on our fear of a climate apocalypse. Thus the creation of a powerful industry called Big Green.

Former Vice President, Al Gore, channeling his inner Chicken Little, has been squawking for the past 10 years that increasing CO2 levels will raise the earth’s temperature, and if we do nothing, we are all going to die. If Gore had earned better than a D in his college Natural Sciences course, he would have learned that the real correlation between CO2 and temperature is exactly the other way around. Throughout history, when the earth’s temperature warmed, CO2 levels followed — but, wait for it — often hundreds of years later!

But the truth isn’t scary.

As absurd as it is, today’s warming alarmists are completely ignoring the actual driver of temperature, solar activity — and they are getting away with it. It does not seem to matter that the very foundation of their hypothesis has been disproven, their artificially manipulated computer models and scandalous emails exposed. When “global warming” started polling badly, they even renamed the movement “climate change,” which covers them for any weather-related event. After all, the climate is always changing.

How can any self-respecting scientist allow this junk science to be peddled? Is research funding really so scarce that it’s worth ignoring all previous climate data, defending intentionally false computer models and censoring peers who dare to disagree?

Until now, they have successfully silenced dissenting voices by doing what liberals do best, name calling and censoring.

Alarmists glorify reports from the increasingly political United Nations Intergovernmental Panel on Climate Change (IPCC). Allegedly, these reports have been reviewed by 2,500 of the world’s leading scientists. However, Professor Paul Reiter, who has since resigned from the IPCC, disputes that claim, stating, non-scientists, reviewers and even government bureaucrats were used to pad the numbers. Reiter says scientists who disagreed with the findings found their names on the author list anyway, some resorting to legal action to have their names removed.

Former radical and co-founder of Greenpeace, Patrick Moore, said when Communism failed, sympathizers found fellowship within the green movement. They saw environmental activism as an alternative way to reach their socialist goals.

No wonder the “solution” to global warming is a massive carbon emissions regulation called Cap and Trade. Since CO2 is produced by all living things, MIT climate scientist, Dr. Richard Lindzen says, “Controlling carbon is a bureaucrat’s dream. If you control carbon, you control life.”

Cap and Trade would result in what Senator James Inhofe calls “the largest tax increase in U.S. history.” For years Inhofe has stood up to the climate bullies bent on distributing wealth to the undeveloped world courtesy of their American sugar daddy.

Liberals insist that the IPCC reports should be taken as gospel because they are peer-reviewed. As far back as 1996, Professor Frederick Seitz, former president of the National Academy of Sciences, denounced the misinformation released by the IPCC. In his Wall Street Journal op-ed, Seitz said: “I have never witnessed a more disturbing corruption of the peer-review process than the events that led to this IPCC report.”

When fellow scientists are reluctant to publicly oppose you and the researchers most likely to get funded are the ones in bed with Big Green, you won’t find much diversity among your peers. And that’s just the way they like it. Remember, slave owners had peers too.

Climate of Uncertainty (A U.N. report can’t explain the hiatus in global warming)

Al Gore Got a D in Natural Sciences at Harvard

The Cap and Tax Fiction