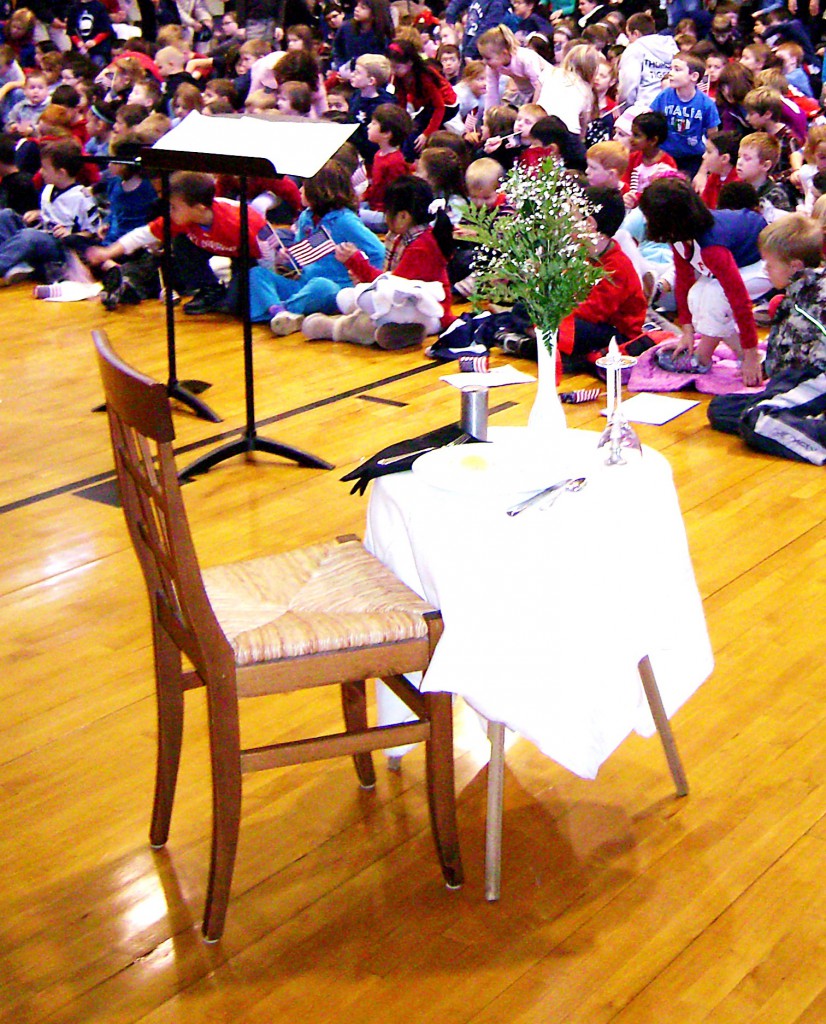 Remember this Christmas; When you’re eating your dinners, smiling and laughing, remember that somewhere, in another house there’s an empty chair where a hero should be sitting.

Those Heroes gave up their life so you can sit with your family. So light a candle for the Heroes that did not make it back and for those …who are still serving our country! As Christmas approaches we keep in our prayers those who have made the sacrifice so that we can be safe with our families and have a Merry Christmas. Three close friends of mine have made the ultimate decision and have decided to serve their country.

My neighbor Mitchell Dennis, my cousin Danny Gauthier, and my best friend, Chris Bohne all are enlisted in the military. I have known Mitchell my whole life as he lived just a couple houses down from mine. He also went to Whittier Tech and he knew his whole life he wanted to enlist in the Marines. He is fulfilling his dream now and was recently deployed to Afghanistan.

My cousin Danny Gauthier was in R.O.T.C. at Haverhill High School. Then he enlisted in the Army and trained to be a battlefield medic. He is another one of my heroes. When he was stationed in Germany, we never lost touch. Every chance I got I would talk to him on Facebook, play Call of Duty with him online and much more. This week, he too was deployed to Afghanistan leaving his wife in Germany. Before he left, he came home for 2 weeks and he got to spend some quality time with us.

We had a Thanksgiving and Christmas party for him and his wife. Everyone made sure that they could be there. It was an emotional moment seeing Danny in his dress uniform. Danny’s mother was moved to tears when a Massachusetts State Trooper saluted him in Logan Airport as he was leaving for deployment last week.

Several months ago I met a kid named Chris Bohne. He was a senior in graphic communications at Whittier Tech in Haverhill. It turned out that we had a lot in common.

We both started to hang out and became close like brothers. He always looks out for me and I look out for him. You can basically describe him as a 15 year old kid in a 19 year old’s body. He always likes to have fun and just not caring what people think. We had a routine of going to the Loop on Friday night meeting other friends. On Saturday nights we meet friends at Skateland and it is seems like the same thing but it is always fun.

His military shipping day is coming up soon. We recently had a going away party for him that was an amazing night with many close friends.

What I learned a while ago about him is that Chris had enlisted in the United States Marines on the motivation that it was a family tradition. His great grandfather was the first of his family to enlist in the military. From then on it was the male tradition on his mother’s side to be in the military. When I first meet him I noticed he always had on an old set of dog tags. I later found out that those were his great grandfathers. He always said that those dog tags were his motivation in becoming a Marine as his uncle and cousin currently serve.

I understood completely. His dedication to the Marines is amazing. He trains constantly with his Drill Sergeant getting himself ready for when he steps off the bus. All he has been able to talk about is how he can’t wait to leave. The normal person would be afraid of what lies ahead but he is excited. His courageous attitude has touched the hearts of many of his close friends including me. He will be missed.

These heroes are some of the many brave people that keep us safe not only in protection but with a safety of mind knowing that these amazing souls are protecting us. It is hard to say good bye, it is painful, frightening, and one of the hardest things I have done in my life. But I have also thought that it was a great feeling to be helping someone fulfill their dream and having a peace of mind knowing that one of your loved ones is protecting us.

Hearing the stories about the ups and downs of boot camp and the training new recruits will go through sounds like hell. But it’s what they want to do. So when you are sitting down getting ready to have a Christmas dinner with your family, think about the people that leave an empty seat. That empty seat stands for the courageous men and women that keep us safe. Every night I am thinking of them wondering how they are and hoping they are safe.

Austin Roy is 15 years old and lives in Haverhill. He is a sophomore at Whittier Regional Vocational Technical High School. He plays football, baseball and wrestles for the Wildcats. Austin also enjoys fishing with his dad and spending time with his family and friends.

2 Responses to "In this Holiday Season, Remember the empty seat…"