By Tom Duggan on April 21, 2018Comments Off on Kidnapping, Two Stabbings, Keep Cops Busy as Violent Crime Continues to Plummet in Lawrence

Lawrence, Police were unusually busy Friday night with a kidnapping, several accidents, brawling at last call on Essex Street and a double stabbing on Amesbury and Methuen Street shortly after the Lawrence bars closed at 2AM.

Police were called to Amesbury Street shortly after 2AM for report of a stabbing victim outside the LawTown nightclub. 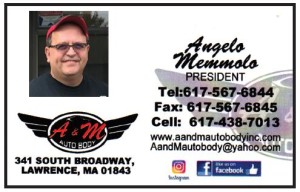 The victim was taken to Lawrence General Hospital via ambulance while police interviewed witnesses and EMTs tended to several bar patrons who were injured during the scuffle. Witnesses say the stabbing occurred after two men argued over a parking spot.

A second stabbing victim – reportedly from the Amesbury Street incident –  was dropped off at Holy Family Hospital by a female in a private vehicle minutes after the initial stabbing.

Sources say both victims are in stable condition.

Lawrence police questioned one suspect who was seen running from the scene but no arrest was made as of the time The Valley Patriot left the scene.

Shortly before the stabbing on Amesbury Street, Lawrence Police spent over an hour on Friday night looking for a woman who kidnapped her 13 month old child from a relative on Essex Street.

The mother did not have legal custody of the child who was living with the grandmother.

Police scoured the downtown area but eventually found the woman, known to have psychological problems, at her apartment building on Amesbury Street.

Police recovered the child and returned it to the grandmother.

An ambulance took the woman to Lawrence General Hospital for a psychological evaluation.

Police say she will be charged with the kidnapping upon her release.

During the late night hours of Friday night, officers on patrol say they heard three gun shots at Bennington and Fern Streets.

Officers searched for shell casings but didn’t find any. No victims were at the scene and no gunshot victims showed up at either area hospital.

While Lawrence has always been known as a high crime city, Friday night’s activities in the city were unusual as a new calm has taken over the city.

Comstat crime statistics show that overall crime is down 38% since January, according to Police Chief Roy Vasque.

Violent crime is down nearly 45%.

Car thefts are at their lowest in the city’s history, and Chief Vasque says he attributes the reduction in crime to the work of the Lawrence Police in conjunction with state and federal law enforcement agencies that have been attacking the flow of drug distribution and gang activity since late last year.