Lawrence leaders will begin a community conversation about the future

Lawrence –  With the Lawrence recount just days away, Mayor-elect, Dan Rivera has already put  together a transition team in anticipation of holding his 57 vote victory on election day. The Lawrence recount will be held on Saturday morning at 10 AM at the South Lawrence East School.

Speaking at the Everette Mills Rivera told friends and supporters that Lawrence has been waiting long enough to turn the city around.

“Ten months ago we stood in this room and kicked off our campaign for Mayor of Lawrence.  Many of the people standing in this room were part of that event and have been with us throughout the campaign. On that day, we made a commitment that if elected we would govern this city with integrity, with honesty, and with professionalism.  Most importantly, we made a commitment to making Lawrence better for every single one of its residents….As everyone knows we’re still waiting for the outcome of Saturday’s recount, and the transition process will not begin until that is complete.  I want to be clear that we are not taking anything for granted in terms of the outcome, but at the same time we think it is the responsible thing to do to get the transition process underway.  Lawrence has waited long enough for real progress and we cannot afford to lose a single day.”

“The transition will reflect the way we intend to govern: thorough, thoughtful and professional.  The process will draw on leaders from the community who bring deep subject matter expertise and a serious commitment to Lawrence. The fundamental goal of the transition process over the next seven weeks is to begin a community conversation about making Lawrence better.  The process will bring together people from all walks of life to share their ideas and aspirations for the city.  It will include people who supported the current Mayor.  We are all one city and one community and we need to begin the healing process through these conversations.  The feedback gathered during the transition will be used by my administration to help understand community needs and focus priorities over the next four years” said Rivera.

The transition effort will be led by ten committees charged with addressing a range of issues in the city.

Maggie Super Church, Co-Chair of Rivera’s transition team said, “The Committee chairs will facilitate conversations with a larger group about what’s working in the city, what isn’t working, and what can be done better.  They will help to identify strengths we can build on as a community as well as best practices from other places so we’re not reinventing the wheel.  The process will create an opportunity for people who are living, working, investing, and raising families in this city to brainstorm together, contribute their ideas, and be part of the change we want to create.”

According to Zoila Gomez, Co-Chair of Rivera’s transition team, “The people we have selected to help us lead the transition process reflect the community at large and bring deep subject matter expertise in their respective fields as well as a strong commitment to the city of Lawrence.  The great majority of them are also Lawrence residents.  This group represents the diversity, energy, vitality and talent that this city has to offer, and we are proud to have them join us.” 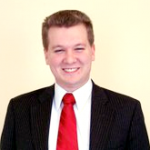