By Tom Duggan on November 5, 2011Comments Off on Lawrence Mayor Lantigua runs the Table in Council Races: Net Gain- Zero

Lawrence Mayor Willie Lantigua endorsed Moran and Twomey but in a surprise move had recorded calls go out to thousands of homes on election day saying to vote against Dan Rivera, a long term Lantigua ally who had approved nearly every major initiative Lantigua put before the city council in the last two years.

Lantigua also made personal live phone calls to thousands of Lawrence voters begging them to vote against Rivera and endorsing Salas to replace him.

Though Lantigua was successful in getting Moran and Twomey elected at-large, he failed to secure a spot for Salas.

For his part, Lawrence City Councilor Roger Twomey played both sides of the Lantigu

a fence accepting his endorsement after two years of rubber stamping nearly all of his initiatives before the council. Lantigua had once publicly called Twomey a “racist” when he was the head of the licensing board and had Lawrence Mayor Mike Sullivan send Twomey’s name down to the city council to be fired.

Mel Perkins was unsuccessful in trying to unseat Lantigua ally Sandy Almonte as the District “A” councilor on Prospect Hill. Almonte defeated Perkins who is the husband of former City Councilor Jude Perkins who also worked in city hall until recently when she filed a lawsuit against the city and the Lantigua administration.

Four term Lawrence City Councilor Grisel Silva was defeated handily by Mayor Lantigua’s hand-picked candidate Estella Reyes. Silva had been an on-again, off-again supporter of Lantigua and once declared that critics of Lantigua was “racist” when they demanded that he give up his State Representative seat after becoming mayor in 2010. Silva had been involved in numerous scandals in previous years but always managed to get reelected by 20-30 votes.

This year, with no mayoral race to keep Lantigua busy, Silva was one of two incumbents that Lantigua targeted from the beginning of the campaign.

Lantigua, as he did in every district except the white neighborhoods in South Lawrence, sent out sample ballots with the names of his favored candidates already marked. “They were coming in all day,” one election worker told the Valley Patriot. “they came in with Lantigua’s sample ballot, many of them had no idea what they were doing and most didn’t even speak English, but they knew that they wanted to vote for Lantigua’s candidates and when it was over Grisel got beat.”

But it wasn’t just Lantiua’s power that defeated Silva. The vocal and sometimes bombastic councilor had no ground game on Election Day. Her ability to get out her strong base of support that had sustained her in previous elections was nearly nonexistent. 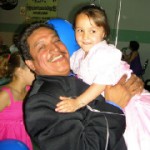 Former Lawrence City Councilor Jorge Gonzalez was handily defeated by newcomer Kendrys Vasquez, (a Lantigua backed candidate) who also has ties to Lawrence Community works, a non-profit that gets government money from the city to build and rehab low income housing. Gonzalez had no GOTV (Get out the vote effort) on Election Day and raised almost no money while Vasquez had an overwhelming presence on the campaign trail. For his part Vasquez, at a very young age, has been involved in dozens of civic organizations and volunteer efforts throughout the city for the last five years.

School Committeeman Sammy Reyes, known as the man who took down Superintendent Wilfredo Laboy in the print shop scandal that lead to indictments and a guilty plea by his brother Israel was defeated by incumbent councilor Oneida Aquino. Aquino was backed by Lantigua and has been a strong supporter of every major proposal Lantigua put before the council. She did little campaigning, though purple garbage barrels with her name on it began to pop up all over Broadway in Lawrence. Reyes had no campaign “team” and no ground game on election-day. He told the Valley Patriot on Election Day that he was worried he may not win. “You see them coming in to vote with Lantigua’s picks in their hands and I just don’t get it. How can someone just vote for who someone else tells them to vote for? Don’t these people have minds of their own? I mean she has done nothing for this district in the last two years and now people are going in to vote for her because Willie says so? That’s just really discouraging.” 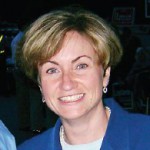 City Councilor Eileen Bernal won handily in her bid for reelection against newcomer Kathleen Runge. Runge campaigned hard but was no match for Bernal, whose husband Less Bernal is one of the best political minds in the Valley having run successful campaigns for David Torissi in North Andover, Senator Sue Tucker in Lawrence, Andover and Tewksbury, Barry Finegold in Andover and Lawrence and several local candidates. Bernal’s votes over the last two years have made Lantigua more than happy with her performance.

But Lantigua didn’t campaign for Bernal as the voters in District “E” have traditionally opposed Lantigua and his efforts to control the city. Had Lantigua sent out endorsements to the Mount Vernon area it would have cost her votes. But, whether it was Bernal (who rubber stamped most of Lantigua’s major initiatives) or Twomey (who did the same), the voters of Mount Vernon failed to hold them accountable for their allegiance with Lantigua. Both Bernal and At-Large Councilor Roger Twomey won overwhelmingly in their home district paving the way for a hand-picked Lantigua candidate in two years to defeat Bernal. 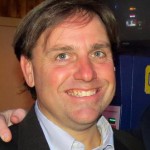 Lawrence City Councilor Marc Laplante said on WCAP radio the Saturday before the election that he was “worried” after learning that Lantigua was knocking on doors in his neighborhood and personally asking Latino voters to defeat Laplante. The two term councilor had no opponent in the primary but Mayor Lantigua personally recruited the brother of his aide in city hall and got enough write in votes for Randy Jaime to challenge Laplante in November.

Laplante stepped up his ground game and doubled his efforts in the final week before the campaign and was still making phone calls to voters asking them to come out and vote, even ten minutes before the polls closed. In the end Laplante said he even surprised himself to see how successful his get out the vote effort was.

“We were concerned, very concerned, even as the vote tallies were coming in. Willie Lantigua is a master at elections and I’m just glad that the voters of District “F” let their voices be heard and that they came out to support my efforts on the council.”

At the end of the day Lantigua was successful in getting seven of the nine councilor seats occupied by his allies with only Laplante, and Rivera left to challenge him and hold him accountable for the way he spends the taxpayer’s money.