By Tom Duggan on November 15, 2012Comments Off on Leominster Mayor Dean Mazzarella Fined 4,000 for Conflict of Interest 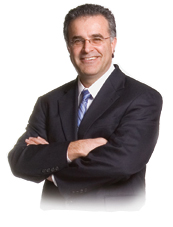 The State Ethics Commission approved a Disposition Agreement (“Agreement”) in which Leominster (“City”) Mayor Dean Mazzarella (“Mazzarella”) admitted to violating G.L. c. 268A, the conflict of interest law, by directing a subordinate to rehabilitate the property of Mazzarella’s elderly friend using community development block grant funds without following standard procedure, and by failing to disclose his personal relationship with the property owner. Pursuant to the Agreement, Mazzarella paid a $4,000 civil penalty.

According to the Agreement, in 2007, Mazzarella contacted his subordinate, the City’s Housing Rehabilitation Program Coordinator (“Coordinator”), about the home of his 81 year old friend, Mario Cavaioli (“Cavaioli”). Mazzarella told the Coordinator that Cavaioli was in a rehabilitation center recovering from an injury, and he needed his home repaired as soon as possible using community development block grant (“CDBG”) funds, so that Cavaioli could continue to live in his home upon his return. Mazzarella told the Coordinator they had a limited amount of time to get the property ready for Cavaioli’s return. The CDBG program is designed to bring substandard housing into compliance with applicable housing codes. As a result of receiving this directive from Mazzarella, and before inspecting the property, the Coordinator moved the project to the top of the waiting list. The estimated total cost of the project was $19,850.

The City’s renovation work program manual states that applicants for CBDG funding must have clear title to the property, so that if the property is sold, transferred or refinanced, the total amount of CDBG funds can be repaid to the City. The City enforces this requirement by placing a lien on the property to secure the repayment. The Coordinator did a title search on Cavaioli’s property and could not determine who actually owned the property. The Coordinator discussed the title issue with Mazzarella, and Mazzarella told the Coordinator to continue with the project, and that he (Mazzarella) would worry about the paperwork. No lien was ever placed on the property by the City. Due to additional work on the project, the total project cost increased to $25,119. Cavaioli moved back into the home after the project was completed, and resided there until he passed away in June 2010. Cavaioli was survived by three nieces. Two of the nieces agreed to transfer at no cost whatever interest they had in the property to Mazzarella. The third niece refused Mazzarella’s offer to purchase her interest in the property for $2,000. On March 2, 2011, a deed was recorded at the Registry of Deeds evidencing that two of the nieces transferred their ownership in the property to Mazzarella for less than $100. In January 2012, the City initiated a tax-taking on the property for non-payment of property taxes.

Section 23(b)(2) of the conflict of interest law prohibits a municipal employee from, knowingly, or with reason to know, using or attempting to use his official position to secure for himself or others unwarranted privileges or exemptions which are of substantial value and which are not properly available to similarly situated individuals. The Agreement states that Mazzarella violated section 23(b)(2) by using his position as mayor to have Cavaioli’s home renovated using CDBG funds ahead of other waiting applicants, and by allowing the project to move forward despite no clear title to the property, and without the City having first placed a lien on the property to protect the City’s interests.

Section 23(b)(3) prohibits a municipal employee from knowingly, or with reason to know, acting in a manner which would cause a reasonable person, knowing all the of the facts, to conclude that anyone can improperly influence or unduly enjoy that person’s favor in the performance of his official duties, or that he is likely to act or fail to act as a result of kinship, rank, position or undue influence of any party or person. The subsection goes on to provide that the appearance of impropriety can be avoided if the public employee discloses, in a manner that is public in nature, the facts which would otherwise lead to such a conclusion. The Agreement states that Mazzarella violated section 23(b)(3) by, as mayor, directing his subordinate to renovate Cavaioli’s property using CDBG funds without first filing a written public disclosure of his significant personal relationship with Cavaioli.

“As the Mayor, Mazzarella was in a uniquely powerful position because of the significant authority he held over all city employees. When he used his position to obtain preferential treatment for his friend, he violated the conflict of interest law, “ stated Executive Director Karen L. Nober. “Furthermore, public officials must make a public disclosure before acting in matters affecting their friends.”