Super PACs and Outside Groups Report $16.9 Million in Spending to Affect Gubernatorial Finalists

BOSTON – In the first statewide election of the new Independent Expenditure “Super” PAC era, outside groups reported making $16.9 million in independent expenditures to support or oppose the Democratic and Republican gubernatorial finalists.             Super PACs accounted for $9.9 million in spending to support Republican and winner Charles Baker or to oppose Democrat Martha […]

The Ironworkers Union Local 7 PAC has made a $20,000 payment to the state’s general fund to resolve several campaign finance violations, including the failure to disclose more than $124,000 in contributions from 2011 to 2013, according to a disposition agreement between OCPF and the PAC. OCPF’s review also determined that the PAC did […] 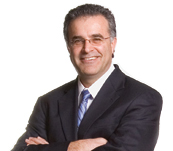