By Tom Duggan on July 17, 2017Comments Off on Maldonado says No Problem with His Campaign Donations, Media Should Focus on “Rivera’s Pattern of Corruption” 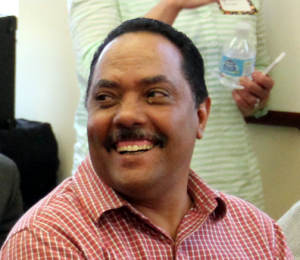 `In response to the State’s Office of Campaign and Political Financing (OCPF) demanding he disclose donors to his campaign, Lawrence City Councilor and mayoral candidate Modesto Maldonado, says the OCPF is  “wrong” in its’ assessment of his campaign finance reports, and said the media should be more focused on the “rampant corruption” of Mayor Dan Rivera’s “corrupt administration.”

According to (OCPF) an enforcement arm of the Secretary of State’s Office, Lawrence City Councilor Modesto Maldonado has taken more than $2,410 in campaign contributions that have not been accounted for. Maldonado says that’s not true.

Maldonado was mandated to report the source of his donations by June 30, 2017. To Date he has not complied but says “we are doing that”.

“OCPF has received a total of 5 financial reports. , I can tell you specifically the amount if you are interested. For some reason deposits reports were separated from one main report, and instead of appearing as one report they appear as three separate reports. I have no idea how that happened. I have no idea. But, that was already clarified. I included specific dates. In April there was not $5,000 only $3,545 were deposited.”

Maldonado says that the main issue with declaring his campaign finances is that the state requires each donors occupation and place of business. He cited an example where Roger Farrah is a funeral home director but is also a car dealer, “so, do I put down self employed? He is self employed in both businesses. This is the kind of thing they are looking for and we are trying to get it straightened out.

Maldonado also took issue with The Valley Patriot calling Maldonado’s campaign finance issues a “pattern of campaign violations” and said that the media should be more focused on Mayor Dan Rivera’s “pattern of corruption like we have never seen.”

Asked to give examples of Mayor Rivera’s “pattern of corruption with the mayor, Maldonado first said he didn’t want to “get into all that” but when pushed he opened up with a litany of issues.

“Well like, bringing employees to his house, keeping a City Engineer in violation of city charter, Not firing employee (Wendy Luzon) after lying on  her application, that’s a pattern of corruption. Just look at the Director of the Library. She was hired with no qualifications. He hired her with no experience , without the required degree and went above the two people, the two employees with at least 15 years of experience and one with a masters of library science. THAT is corruption. And I don’t ever see you reporting those things. I see them in other papers but I don’t see them in yours.”

“Yes he is corrupt,” Maldonado concluded. “There is no difference between what Rivera is doing and what Lantigua was doing four years ago. What Lawrence needs is someone else. Someone new. Someone who is not going to engage in this kind of favor selling and hiring unqualified campaign supporters. Look at the stadium. Look what they did. Look how much it cost us because he put someone in charge who doesn’t know what they are doing. It’s a disgrace.”

Maldonado is one of nine candidates seeking one of two spots in the September primary. Maldonado is a Lawrence City Councilor At-Large and will not return to the council if he is defeated in the mayor’s race as they both positions are on the ballot at the same time.

Maldonado says No Problem with His Campaign Donations, Media Should Focus on “Rivera’s Pattern of Corruption” added by Tom Duggan on July 17, 2017
View all posts by Tom Duggan →