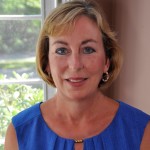 Senate Candidate Barbara L’Italien issues a statement today in response to The Valley Patriot’s news story that she owes more than $7,000 in back taxes while loaning more than $13,000 to her senate campaign. (STORY HERE)

In her statement L’Italien blamed the issue on her opponent Alex Vispoli and the Republicans but does not explain how she was able to afford loaning $13,000 to her campaign for state senate, while not being able to afford $7,618.58 for the 2011 and 2012 back taxes she still owes. 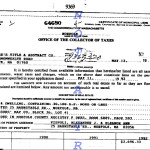 L’Italien’s statement addressed her reasons for not paying her taxes but deflected attention away from her own tax problems claiming that Alex Vispoli, her opponent in the senate race, had liens against him as well … 22 years ago.

L’Italien campaign spokesman, Wes Ritchie called the Valley Patriot offices shortly after the original story was published on-line claiming that the story we should be focusing on is her opponent, Alex Vispoli and his “tax problems” and why “Republicans” leaked out the story about L’Italien’s currently owed back taxes.

Ritchie said that the Valley Patriot published the story of L’Italien’s tax lien before she herself was even notified by the Department of Revenue.

“Shame on Alex for resorting to gutter politics,” L’Italien’s says in her statement, “rather than talking about his plan for helping working families here in the Merrimack Valley.”

EDITORS NOTE: The Valley Patriot did not receive the story from Vispoli but, rather by doing research.

L’Italien Documents Not What They Appear to Be

A careful inspection of the documents sent by the L’Italien campaign show that they are not municipal liens against Vispoli for non-payment of taxes as L’Italien and her spokesman Wes Ritchie had claimed.

The Documents are actually “Municipal Lien Certificates” required by Massachusetts State Law when a house is sold or a homeowner refinances their mortgage to bring all current tax and water bills up to date before the transfer can take place.

“Those two certificates are from when I bought my house and when I refinanced,” Vispoli told the Valley Patriot early Tuesday evening.

“That’s a lien certificate which shows my taxes were paid up to date on the day the transactions took place.”

Asked if the campaign was trying make light of L’Italien’s failure to pay taxes which are still owed, Ritchie replied, “If we are going to start talking about liens, I think Alex Vispoli’s municipal liens should also be in play. He had liens too.”

In her statement, L’Italien blamed medical expenses and her family medical situation for not paying her taxes, saying that she is on a payment plan and has an appeal with the Department of Revenue for medical reasons. 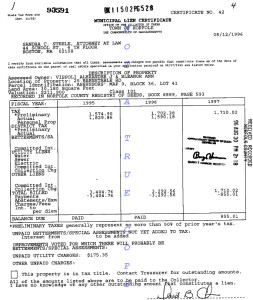 “I’m disappointed that my opponent and his Republican operatives are playing political games over a dispute that has been settled between my family and the Department of Revenue, especially because of the multiple municipal tax liens that have been placed on Republican Alex Vispoli’s property in the past, and his record of raising taxes on Andover families by over 25% while a selectman. Shame on Alex for resorting to gutter politics, rather than talking about his plan for helping working families here in the Merrimack Valley.

As the mother of four, and a caregiver for an elderly parent I know what it is like to face tough financial circumstances.  In recent years my family faced several serious medical issues that put a great strain on our finances. My family has an active appeal with DOR based on these medical expenses, and we have also been on a payment plan while we await the full appeal. We are confident that once the appeal has concluded, we will receive our payments back from the Department of Revenue and this matter will be fully resolved.

Franky, this kind of attack shows me the kind of person Alex Vispoli is. In the last 8 years, Alex has raised property taxes 25% in Andover for families and 28% on Andover’s small businesses. All the while, Alex has concealed his past municipal tax liens from the voters of Andover. By slinging mud, Alex is trying to avoid talking about his record of raising property taxes in Andover and about his own personal municipal tax liens.

I’m running for State Senate because working families across Andover, Dracut, Tewksbury and Lawrence have been feeling financial pressure now for years, and we need a voice in the State Senate who will work every day to ease the burdens faced by families, by seniors, by college students and by everyone across our region. We don’t need Alex Vispoli’s negative attacks – we need him to answer for his record of raising taxes on families and small businesses in Andover.”

L’Italien Blames Republicans for her Non Payment of Taxes, Erroneously Claims her Opponent had Liens as Well added by Tom Duggan on September 23, 2014
View all posts by Tom Duggan →

9 Responses to "L’Italien Blames Republicans for her Non Payment of Taxes, Erroneously Claims her Opponent had Liens as Well"