By ValleyPatriot on September 28, 2014Comments Off on Massachusetts’ Highest Court Continues to Set Outrageous Precedents 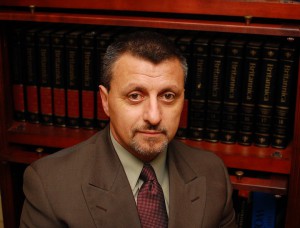 A former Amherst high school science teacher Ronald Garney pleaded guilty to buying and possessing child pornography. Furthermore , he used a state-issued email address at his school to access the illegal websites. Yet the Supreme Judicial Court ruled on August 18th that he can keep his $28,725-a-year pension. This now establishes a precedent that could protect retirement perks for criminals at taxpayer expense.

“It belies common sense,” said Walter Foster, a pension lawyer at Eckert Seamans. “It has a broader reach beyond teachers. … To me, it’s an invitation, at the very least, for the state Legislature to act.”

The root of the problem is Governor Patrick and a Governor’s Council who has enabled him to continually appoint justices to the highest court that are biased towards social engineering . There is clearly a pattern of instituting laws that violate the sensibilities of many citizens.

And so the question remains will the Legislature act to curb or reverse this trend?

I doubt it . The state’s Legislature has failed miserably in recent rulings to uphold victim’s rights regarding parole standards for criminals who commit their crimes when they are juveniles. This is troubling since the Legislature, unlike the SJC is a representative body. Outcry by victim’s advocates have fallen on deaf ears.

And so the pattern will undoubtedly continue.

The Supreme Judicial Court in Massachusetts continues to violate the most fundamental tenets of order in our society. This is not a “liberal” or a “conservative problem – white or black- Christian or Muslim -Democrat or Republican.

It is a deeply disturbing universal crises and a further dereliction of duty in upholding justice for law-abiding people.

Local aid is a priority only for Baker

I am concerned about the lack of commitment from the current Governor and administration regarding the integrity of financial support to our cities and towns. “Local Aid” has not been a platform item high on the list of priorities for Martha Coakley and Steven Grossman either.

But for Charlie Baker it is.

Charlie recognizes that the quality of our lives is directly affected by the level of funding received by the state to help our municipalities meet their obligations which are mandated by numerous federal and state laws. The responsibility to adequately fund our municipal services depends on a delicate balance of revenue generation, local taxation of residents and a large component remains funds directly received from the state.

In recent years, local aid has been waning as priorities are shifted elsewhere; largely in the area of social programs. The most insidious and silent threat is the continuing trend towards level-funding of cities and town. If you level fund something t that has increasing costs, you effectively are underfunding it. This is a fundamental reality and smaller communities such as the one in which I serve on the Board of Selectmen ; Groveland, are bearing the brunt of this. Ultimately, we will be forced to increase taxes and fund more projects with debt, all of which increases burdens to local citizens.

Charlie’s focused approach is to eliminate cuts altogether and to tie increases in the state revenues by transferring the same level of increases to local aid. This is only fair. Additionally, he wants to release the $100 million in Chapter 90 money for road repairs that was promised in 2013. Finally, his approach is to streamline the budget process to find efficiencies that are earmarked to help our cities and towns , not new, mandated and unfunded liabilities. The silence of the Governor and the other candidates on this issue speak volumes of their intent. With an improving economy the opportunities to finance social engineering schemes will increase to the detriment of our municipalities.

Voters of all party affiliations or unenrolled should be concerned about this.