By ValleyPatriot on April 17, 2020Comments Off on Media Hysteria and Scare Tactics Frighten a Nation – VALLEY PATRIOT EDITORIAL 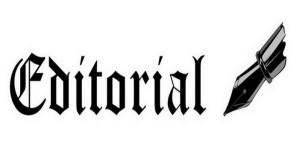 Since the beginning of the coronavirus hysteria in this country the news media and even local officials have been only telling you part of the story.

CNN, FOXNEWS and even local news networks have gone 24-7 with doom and gloom predictions about the virus, giving people the impression that if you get the virus you and your family are most likely going to die. That’s simply not true.

Local news broadcasts highlight only the sick, showing refrigerated trucks outside hospitals to “store the bodies” as if hundreds of thousands of people have already died from this disease. What they don’t tell you is most of those trucks are empty, and only set up because infected bodies cannot be stored in the morgue with non-infected bodies.

Even our local officials announce a daily count of how many people have contracted the virus, but NOT how may have died from the virus, or how many have already recovered. This is driving the fear and panic in our communities.

Those numbers are important and the public has the right to know.

As of the day we went to print there were 357,000 cases of coronavirus in the United States.

Only 10,333 people have presumably died from corona.

When you consider the population of the U.S. is 330M people, that means 0.0031% of the country has died from corona.

It also means only 2.89% of the people who have contracted the virus, have died. The rest have recovered or are in the process of recovering from the virus. We are not hearing much about that on CNN.

That’s because those numbers do not comport with the message of hysteria and panic the media makes so much money on.

When Valley Patriot publisher Tom Duggan asked Methuen Mayor Neil Perry what the number of cases were on April 2nd he said aprox.73 people in Methuen had contracted the virus. When asked how many of those have died, the answer was zero.

On April 5th, Lawrence Mayor Dan Rivera reported that they had 319 cases of Coronavirus with only two deaths.

That means 0.063% of the people who contracted corona in Lawrence have died.

In fact, what we are really doing is showing you the actual threat risk by removing the emotion and fear, ignoring the hysteria, and just looking at the “facts and data” that have been reported.

What we ARE saying is that people are frightened, petrified because of media hysteria and local officials only reporting daily numbers of how many people have contracted the virus, without telling people that so few have died, and so many have already recovered.

In this time of crisis we feel it is of paramount importance that the public be told the full story, good and bad. We believe that when the general public starts to see the real numbers they may begin to stem the panic and give people hope that even if you get this virus, you are most likely going to be OK.

This is a good start.

All local officials and members of the media need to follow their lead. The public has a right to know. You deserve the truth, the whole truth, (not just an escalating number of cases confirmed).

We are a strong country and we can handle it.