By ValleyPatriot on December 16, 2015Comments Off on Meteorological Winter ~ WEATHER 101 With AL KAPRIELIAN 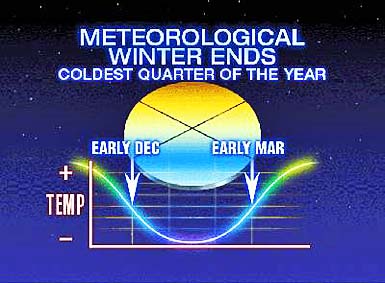 Most of November saw temperatures above normal. This past November will rank as the ninth warmest November for Boston since weather records began in 1872.

Why was it so warm in November?

One reason was the upper level subtropical HIGH PRESSURE system off the east coast. This high pressure was quite strong and pushed the jet stream to our north and west. Remember, the jet stream is made up of winds 20 to 40 thousand feet above the ground. The jet stream separates cold air north and west of its track, and much warmer air south and east of its track. This subtropical high pressure system caused our temps to be warmer than normal for November.

Another reason is El Nino, which occurs every 2 to 7 years.

El Nino occurs when the South Pacific Ocean is warmer than normal. El Nino can affect the track of the jet stream. Usually, an upper level trough which brings stormy weather over the western US and parts of the central US occurs with El Nino. Along the east coast, El Nino can cause more ridging high pressure in the upper atmosphere. During this past November, we have seen this with snow over the western US and Rocky Mountains, and even an ice storm (freezing rain) over the Texas panhandle and Oklahoma and Kansas.

Also, we have to watch for the formation of the high pressure system in Greenland. When this occurs, the jet stream is blocked by this high pressure system and stays to our south. In this situation we can get very cold air and snowstorms. Its difficult to say when this this weather pattern will develop. With winter on the way, you should try and listen to the weather each day because the computer models can change what they are predicting from day to day.