By ValleyPatriot on March 12, 2014Comments Off on Methuen Councilor Pens Letter of Endorsement for Sheriff Candidate Jerry Robito against Frank Cousins

Methuen City Councilor Sean Fountain has submitted a letter to the editor asking for your support of his candidate for Essex County Sheriff Jerry Robito. Fountain is a member of the North Andover Fire Department and has a political reputation as being strong on public safety. The Sheriff’s race is not

Jerry Robito has spent a lifetime as a dedicated law enforcement professional, working as a corrections officer, rising to the position of Deputy Superintendent of inmate Housing in a thirty four year career in the Essex County Sheriff’s office. He has worked as a police officer, a behavioral aid teacher in the Lawrence Public Schools, and with our youth as a instructor of karate. 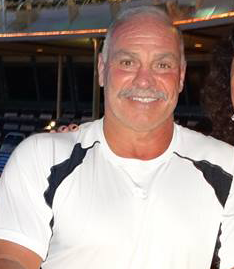 In order to make the Sheriff’s office an effective partner to our cities and towns we need a Sheriff, who can, from day one, run a professional and accountable office responsive to the needs of the people of Essex County.