By Tom Duggan on March 29, 2013Comments Off on Methuen Councilor Calls for Police Investigation of McQuillan’s Interference in Hiring Process 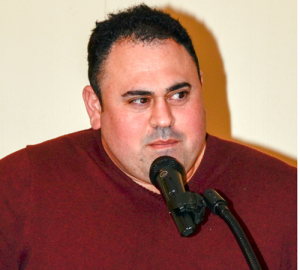 Less than a day after the Valley Patriot broke a story about Methuen City Solicitor Peter McQuillan interfering with the hiring process for his replacement, City Councilor Tom Ciulla is calling for a police investigation into McQuillan’s actions.

The Valley Patriot revealed Thursday night that McQuillan had sent a text message to solicitor candidate Richard D’Agostino while he was testifying at a public council meeting. The message was meant for someone else, D’Agostino alleges, to unduly and illegally influence the hiring process. D’Agostino says that McQuillan, who was fired by the city council, is trying to have the city council reject the two remaining candidates and scrap the whole process sop he can reapply for his job.

Councilor Tom Ciulla ‘s letter to City Council Chairman Sean Fountain says the he wants the council to investigate and engage the police department to investigate McQuillan’s actions as the text message was allegedly sent from a city paid cell phone.

On behalf of the Methuen residents, I am requesting that you, as Chairman of the Methuen City Council, begin a thorough investigation into the allegations that were revealed in the newspaper article about Mr. McQuillan’s conduct.

I am requesting that through your leadership, the Methuen Police Department conduct the investigation, as the article also stated that a city cell phone was used to text the candidate as he was being interviewed.

Ciulla’s letter also stated that he is “deeply disturbed and concerned regarding the admitted conduct of City Solicitor Peter J. McQuilian with regard to his interference in the candidate selection process.”

Ciulla told the Valley Patriot that he wants copied of emails, phone records and text messages to and from McQuillan during the meeting, before and after. “I want to know who he was texting during this meeting. I want answers to this and why the current city solicitor is so concerned with who is replacing him. How does he know this letter of recommendation for Attorney D’Agostino was rescinded. How did he know that? He implicates himself in this text message and I think the people of Methuen have a right to know how this process was tainted by the outgoing solicitor”

“I serve the people Methuen,:” Ciulla added. “This process was a thorough and it was fair, or so we thought, it’s really unfortunate that this kind of behavior is going on behind the scenes, I know that all we heard up until the Valley Patriot broke this story yesterday was that the process was tainted in favor of Ricky D’Agostino but now we find that it may have been tainted against him. This process should never have been interfered with.”

Ciulla says that if the allegations against McQillan are true that it would “require immediate action by the Methuen City Council.”

D’Agostino says he is filing complaints with the Massachusetts State Ethics Commission and the Board of Bar Overseers.

For more on Corruption in the Valley click here