By Tom Duggan on March 27, 2013Comments Off on Methuen Native Brings Out the Best in Event Photography 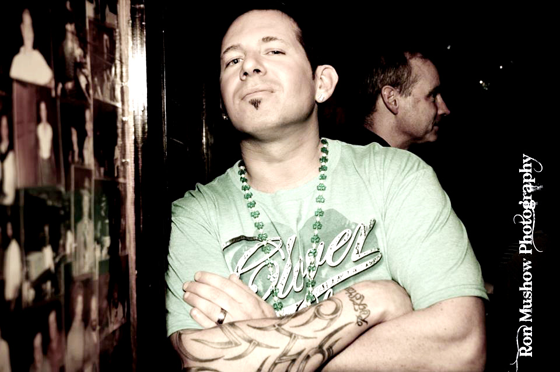 Ron Mushow had a passion for photography for over 15 years, when his daughter was born it grew more and more and gave him a passion to capture those candid shots. He learned so much through the years and as time went on people were asking him to come to a birthday party, wedding or a reunion and always asked if he could take photos. Ron never turned this down since he has a passion for this art so he would always say yes.

As years have gone by he finally decided to make this into a business since he was spending a lot of time on photos and editing. He has shown a great churn through his Facebook fan page over the past few years and has grown this business into an amazing adventure. Ron also stated he has been very fortunate to be helping non-profit organizations for free because he cares a lot for people in need. One of the non-profit groups he has helped out in 2012 was the Tough Warrior Princesses which is based out of Amesbury, MA. He dedicated months of preparation creating a calendar for them to sell for the non-profit. This was done all for free to help people in need and give back to the community. Many of the photos in Amesbury are with the Mayor, Chief of Police, Chief of the Fire Department and local veterans, plus the local school faculty.

Last year from January through June Ron Mushow Photography gave 5% to the Tough Warrior Princess group and 5% to The American Cancer Society of his profits in that 6 months. His total was a great gift to each group to help them with their goals and for the cure.

After doing this, people started seeing his photos and really enjoyed seeing them on his Facebook Page and he was soon getting calls for weddings, senior portraits and fashion shoots. One of many shoots was done at Salon Invi in Andover, MA for fashion/advertising/web development. He has also taken photos at The Casino Ballroom with such artists like Bret Michaels, Quatela and Uncle Jack. Ron has even taken photos of a sporting event at Gillette stadium of the first boxing match.

He works numerous hours to make his image look as perfect as possible for the clients.

The one thing Ron Mushow Photography has is reasonable prices, the reason why is because he doesn’t charge for photo albums or print enlargements. What he does is after doing a photo shoot he does all the editing and then gives his client the photos on a memory stick so they can get the photos fast and also have them developed at their own leisure. In this day of the future anyone can print photos online, so why charge extra for the products when the customer can buy at a cost they can afford. We are in a recession so why not help out the client and make them happy at the same time?

Another thing Ron Mushow doesn’t have is a studio, so with a lot of thought process he came up with the idea of going to the client’s home. This gives them the opportunity to change outfits or even set up the background they are looking for. We asked Ron Mushow why this would be the best solution for example for a Holiday card. He said; well would you want a holiday card taken behind a fake fireplace backdrop or the one in your own home?

At this point he is taking photos on the road and driving to his customers to save them the time by going to a local Mall or franchise and he realized the customer is always comfortable in their own home, none the less when kids don’t feel like waiting at a local Mall to get their photo taken he brings all his portable gear to the client. He also goes to a local park, beach or recreational area, or even a local landmark to suit the customer’s needs.

This is definitely a new era in the way photography is going and he is becoming a master at this. Ron does many types of shoots including HDR, weddings, newborn, Concert photos, Fashion shots, Family photos and many other ideas that he can come up with.