By Tom Duggan on May 12, 2017Comments Off on Methuen Police Seeking Suspect in Home Invasion, Shooting

Click here for surveillance video footage of the suspect.
(Please note that the dates are incorrect in the footage’s timestamp) 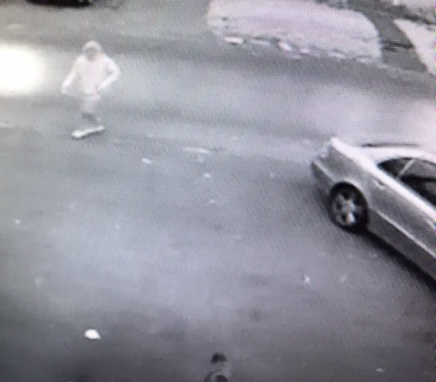 METHUEN — Police Chief Joseph Solomon reports that the Methuen Police Department is seeking a suspect in a violent, armed home invasion that occurred early Friday morning, during which a resident was shot in the leg.

Methuen Police responded to a location on Elmwood Road at 5:20 a.m. Friday for a reported home invasion with shots fired. Upon arrival, officers located a 46-year-old male resident who had been shot once in the leg.

The victim was taken to an area hospital with serious injuries that are not believed to be life-threatening. He has not been cooperative with police.

Police do not believe that this was a random act of violence. 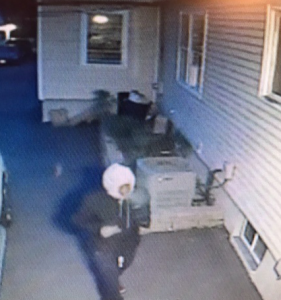 The investigation indicates that the victim was specifically targeted by the suspect. There is also no connection to the ongoing police activity in the Lowell area.

If anyone has any information on this violent act or recognizes the person in the surveillance images and video, they are urged to contact the Methuen Police Department at 978-983-8698. The suspect should be considered armed and dangerous, and residents should not approach the suspect if spotted.