By Tom Duggan on July 9, 2009Comments Off on Moon Walking While the World Burns 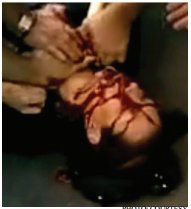 Less than a week ago, the world’s news outlets were filled with the sights and sounds of heroic Iranian citizens risking, and in many cases losing, their lives for freedom.

Their government, intent upon perpetuating a seventh century philosophy that denies basic human liberties, had hijacked an election and then proceeded to brutally suppress the resulting protest demonstrations.

When press reports and video clips of the resulting repression and killings were aired worldwide, the clerics clamped down on press freedom. The most poignant video was of a young protestor named Neda Agha-Soltan, 26 years old, who was shot in the chest, bled out, and died within seconds … all for the world to see.

Simultaneously the airwaves were a-buzz about North Korean nuclear developments, long-range missile tests, and risks of nuclear proliferation. A planned North Korean missile firing toward Hawaii was leaked, along with reports of North Korean ships destined for the Middle East laden with nuclear cargo. Topping this off were threats by North Korea of war on the Korean peninsula if anyone dared to interfere with their ships or imposed additional sanctions.

What could knock these news stories off the front page? A worldwide outbreak of the plague? Russia declaring war on China?

No, it was something much bigger: the death of pop idol Michael Jackson … the emaciated, drug infested, attention deficit disorder weirdo who paid one too many doctors to drown him in narcotics and sleeping medication … that distracted the world from the impending catastrophe of a nuclear-armed Iranian/Syrian/North Korean alliance.

We had become accustomed to having an administration staffed with serious adults who understood that our adversaries might (probably do) have evil intentions. We could be distracted and they would “attend to business.”

But no longer. Our current administration is convinced that all we have to do is be contrite, empathetic, friendly and pliable, and our adversaries will melt away.

The world tried this just over seventy years ago when Neville Chamberlain tried to play kissey-face with Adolf Hitler. When he returned he said, “My good friends, for the second time in our history, a British Prime Minister has returned from Germany bringing peace with honour. I believe it is peace for our time. Go home and get a nice quiet sleep.” That was September, 1938.

It didn’t work then. It won’t work now. Don’t plan on a nice quiet sleep.