By Tom Duggan on November 3, 2014Comments Off on MTV’s Brittany Baldi Interview Part III ~ What to Do and Not Do at an Audition: And Yes, Brittany is Still Single! 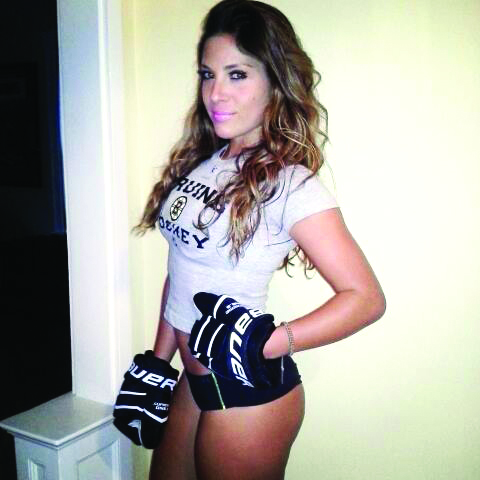 This is Part III of our interview with movie star and model Brittany Baldi of Methuen. This month we asked Brittany to give us some advice for younger people looking to get into show business and touched a little on her personal life.

VP: What do you think is the most important advice you can give to young people just starting out in the audition process?

BB: It’s all about networking. Use your social media responsibly if you are going to start going on auditions.

I’ve gotten so many jobs just from my Facebook page because it reflects who I really am and I don’t post things that I don’t want a producer or a potential agent to see.

Kids need to understand that you shouldn’t put photos online of you drinking at a keg party or doing anything you don’t want future employers to see. That’s not just good advice for show business, but for any job. Young people today need to understand that everything you post online is going to come back to haunt you. In show business, one of the very first things they do when they are considering you is to look at your social media pages. So, keep your online image clean is my best advice as far as that goes.

But also, don’t be fake, don’t post things online claiming you are doing things you’re really not doing. They are going to find out and see you as a fake or a liar. Like, if you are on Facebook bragging about auditioning for a part you really didn’t audition for, that’s going to hurt you. They are going to find out because everyone in this business talks to each other, and everyone checks up on what you claim you have done. Social media is great for networking in this business, but it can hurt you and you don’t want that.
Networking is huge. As soon as we sat down for this interview, we exchanged information and started talking about mutual friends or people that we know. In show business it’s all about who you know and networking with as many people as you can. Word of mouth is huge. If people like you, they will recommend you for jobs; they will say ‘hey I know this girl from an audition, she would be great for your movie or your video’ and then you get a call out of the blue.

VP: What else should young people starting out try to avoid?

Some of the pitfalls in this business, especially at auditions and castings, never be late. Always be on time and maybe even a little early. Also, don’t dress like you are running to the store. Always look your best and be fit and healthy. This industry is all about looking good to sell a product or a company. You don’t have to be a 10 or a 9 as far as looks go; you just have to look good, have nice teeth, nice hair, and a good personality to match it. Those thing are easy and you’d be surprised how many people get that wrong.

VP: So, I hear you are still single?

BB: I haven’t had a steady boyfriend for three years. I’ve dated people off and on but it never goes anywhere because I’m the kind of person who needs to be with someone at my level or better, because I need that companionship in what I am doing in life.
They need to be success driven, goal oriented and family oriented. If not, I am just going to feel like I am being dragged down. With my ex, I had to hold his hand and tell him to pay his bills and all that. I don’t want someone like that. I need someone who is going to be like I am when it comes to being motivated, someone driven like I am.

MTV’s Brittany Baldi Interview Part III ~ What to Do and Not Do at an Audition: And Yes, Brittany is Still Single! added by Tom Duggan on November 3, 2014
View all posts by Tom Duggan →