By Tom Duggan on September 4, 2016Comments Off on My Thoughts on the Essex County Sheriff’s Race

The most important race on the September 8th primary election ballot is the Essex County Sheriff’s race. The Sheriff is elected for six years and makes about $150,000. He runs all jails and prisons in Essex County and oversees probation, drug and alcohol programs, and decides who goes home early and who does not.

Here are my thoughts on some of the candidates and the exchanges that took place during our two debates last month. 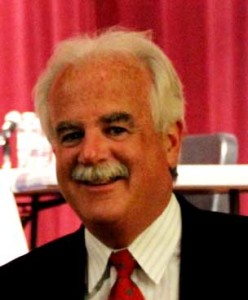 During the Democratic Party debate, Lynn Police Chief Kevin Coppinger revealed for the first time that he would take his pension with the City of Lynn, as well as the salary that comes with the sheriff’s job. He was immediately attacked by Attorney Ed O’Reilly and two other candidates.

I have to admit that I agree with Chief Coppinger, who explained that he paid into the pension system for more than 39 years as a police officer and that it’s his money. He deserves to collect it. I might also add that it doesn’t cost the taxpayers an extra dime. Whether Coppinger is elected or not, he will still collect his $150,000 pension from Lynn, and the taxpayers will still be paying the $150,000 salary to whoever wins the race. In my view, this issue was a red herring.

Also of note was how well informed and passionate Jerry Robito is about the Essex County Sheriff’s Department. Robito not only knows the department and all of its functions (inside and out), but several times during the debate he presented a good case that dangerous prisoners were being put at the CAC (pre-release facility in Lawrence), that there is a $75,000 car sitting in a garage that is exclusively used for parades, and that employees of private contractors working at the prisons were sleeping with inmates.

While most candidates talk a good game about waste and abuse, Robito presented details of actual waste and abuse. On several occasions he was challenged by Michael Marks, the superintendent of the Middleton jail, and Robito came back with facts and figures to back up his claims. This is something you don’t normally see with candidates for public office. 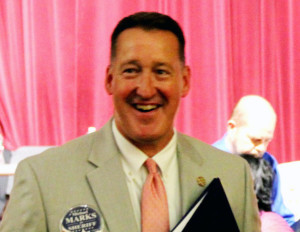 For his part, Michael Marks’ performance at the debate was stellar. He railed against the legislature for underfunding the Sheriff’s department by $20M. He also defended some of the practices of the Sheriff’s Department convincingly, and even corrected me on the law regarding pretrial detainees being held at the CAC. I’m not often wrong, but when someone can show me that I am, I tend to have more respect for them as I did that night with Mr. Marks. What he’s not right about, however, is that holding pretrial detainees at the farm without segregating them during the day is a-ok. While I agree that pretrial prisoners should be afforded time at “the farm”, not having them segregated with a fence during the day presents dangerous and potentially life altering risks for the detainees. 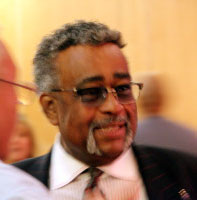 Andover resident and former DEA agent, Paul Russell, was one of the more reserved candidates during the debate, but when he spoke he turned heads. During the discussion of Chief Coppinger’s pension, Russell revealed for the first time that after losing his leg in the line of duty protecting the public, he would do the job for no pay at all. Russell is a no-nonsense, no frills, hero law enforcement officer, who says that he wants to bring back professionalism to the job, expand it’s law enforcement powers, and I believe him. 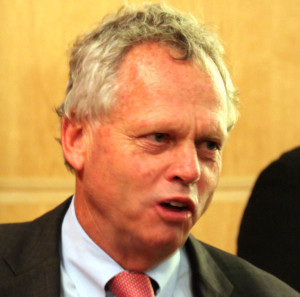 In contrast, defense Attorney Ed O’Reilly is a feisty, liberal, progressive, who wants to convert the sheriff’s office into a social services agency to tackle drug dependency and mental health problems. He sparked outrage among both democrat and republican candidates by saying that the job of sheriff is not primarily a law enforcement position. Not only did Lynn’s Chief Copppinger take him to task on that position, but Sheriff’s Dept. Lieutenant Jeffrey Gallo (a republican) said he was offended by O’Reilly’s remarks, as did Sheriff’s Department Sgt. Craig Lane.

Both Lane and Gallo approach the job from the position of the corrections officers, but only Gallo said that he was running to represent the officers. He also revealed that he has been trying to get a memorial erected for corrections officers killed in the line of duty but has been rebuffed by the current sheriff. Most stunning of all revelations was when Gallo pointed out that the sheriff’s department has a memorial for fallen K9’s, but not actual officers. 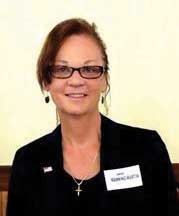 Speaking of being offended, GOP candidate Anne Manning-Martin said she was appalled at the “character” and “behavior” of the democrats during their debate, pointing out that the GOP debate was much more civil and “professional.” She also said that she was tired of lip service being paid to female inmates who have to go to Framingham State Prison, pointing out that when an elected official makes something a priority, “it gets done.” Obviously female inmates are not much of a priority for the Essex County Sheriff.

Manning was also forceful when it came to democratic candidates’ claims about nurses sleeping with inmates, selling drugs, and behaving badly in the facilities, saying she questioned if it was true. She added that if it was, those who know and talk about it at debates ought to be talking with law enforcement officials, or should face charges themselves. That’s bold. If she is the nominee for the republicans you could see some real fireworks at our final election debate in October.

Whoever you vote for on Sept. 8th, make sure you educate yourselves about these candidates. We have gone out of our way to make sure the information is publicly available for you, so there’s no excuse to being an uninformed voter.

You can view the debate videos on valleypatriot.com (type debate in search bar).