State Auditor Suzanne Bump welcomed the crowd as the keynote speaker at The Valley Patriot newspaper’s 11th Anniversary BASH last Friday, to a more than sold out crowd at the Lawrence Firefighters Relief’s In.

The annual BASH is held each year to thank the readers and contributors to the paper as well as raise money for local scholarships, One Tail at a Time Dog Rescue, The Menorah lighting in North Andover, the North Andover Police Association Scholarship fund, and several other local charities.

Each year Valley Patriot publisher Tom Duggan, who is the son of slain Lawrence Police Officer Tom Duggan Sr. (killed in the line of duty nearly 25 years to the day of the event) gives out two awards to a police officer, firefighter or civilian who honors law enforcement in an outstanding way. Duggan explained passionately why each recipient was chosen for the Officer Tom Duggan Sr. Law Enforcement/Public Safety Award. Linked below. 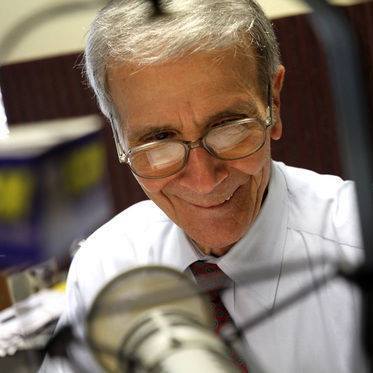 Because honoring Veterans is so much a part of what we do at The Valley Patriot, each year we honor people who themselves honor our hero service men and women here at home after serving their country.

Michael Sweeney was first a School Committee member in Lawrence, then he was a city councilor, then he was the planning director under Lawrence Mayor Mike Sullivan. Through all his positions in Lawrence, Michael Sweeney has been a whistle blower and confidential source on more corruption stories than anyone we have dealt with in 11 years! FULL STORY HERE

Each year The Valley Patriot newspaper’s 1st Amendment Award is given to 2 individuals who show with their actions that they value the 1st Amendment to the Constitution. They are or have taken ACTION, bold action, to make sure the public is more informed about what their government leaders and representatives are up to. Without individuals like this on the front lines in the war against a free speech and a free press our freedoms could be lost. 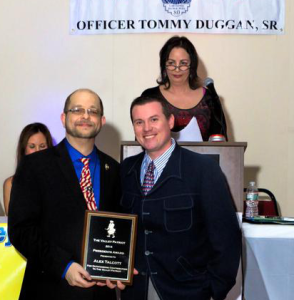 Nominees of this award are chosen personally by Valley Patriot Publisher and President Tom Duggan for their unique and/or outstanding contribution in the operations of the paper by being nominated in 3 ore more of our 6 award categories. Previous winners have made unique contributions to the paper and the radio show in ways nobody else could. PREVIOUS WINNERS: (2013) Christine Morabito & Dan Selenius (2014) Dave Sullivan & Dani Langevin

Each year The Valley Patriot honors two Valley Patriot contributors for outstanding writing, or taking the high road in public discourse while also taking very bold stands on some of the most important issues that shape our culture and our community.

Columnists, reporters, and even letter writers are eligible for this award. Previous winners of this award have exposed corruption, called out elected officials for bad behavior, provided exceptional information to the public and/or attracted a whole new demographic of readers to the paper.

2015 WINNERS: John Macdonald our Lowell Columnist for his covering of the NYPD and police issues & Kathy Runge our Lawrence reporter for exposing voter fraud in Lawrence. 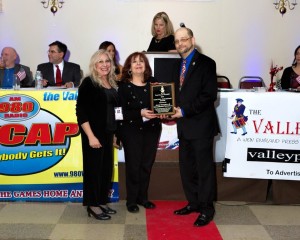 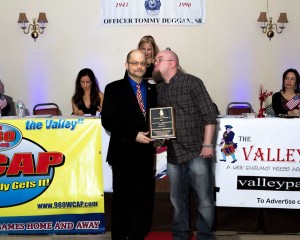 Once called the Honorable Mention Award, The Goodwill Ambassador Award is given to people who do not necessarily work for The Valley Patriot, but promote the paper as our goodwill ambassadors in the community, whether through the press, or pitching in to volunteer to help one of The Valley Patriot’s many projects in some outstanding way.