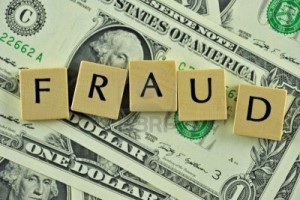 SALEM – The former office manager of a Lawrence company has been indicted in connection with allegedly stealing more than $1.7 million from her employer for her personal use, Attorney General Martha Coakley announced today.

Dorothy Giard, age 44, of North Andover, was indicted on Thursday by an Essex County Grand Jury on charges of Larceny over $250 (3 counts) and False Entries in Corporate Books. She will be arraigned in Essex Superior Court on Nov. 5.

“We allege that this defendant stole over $1.7 million from her former employer to spend on luxury items and then falsified corporate books in an attempt to disguise her theft,” said AG Coakley.

The AG’s Office initiated an investigation in 2012 after the matter was referred by the Tewksbury Police Department.

As general office manager of Diamond Ironworks, a steel fabricator in Lawrence, Giard’s responsibilities included managing the company’s books and paying the bills. Authorities allege that Giard stole more than $1.7 million between 2007 and 2012 by using company funds to pay her personal credit card bills and through unauthorized charges to corporate credit cards.

Giard’s personal credit card bills included items such as expensive consumer goods, luxury services, and travel. The investigation revealed that she spent more than $114,000 in air travel to destinations such as Las Vegas, New York and London. Authorities allege that she spent nearly $20,000 toward a Lincoln MKX and a Mercedes. Other expenditures included car rentals, furniture, $20,000 in spa services, and $13,000 in designer retail products, among other personal and household expenses.

In a separate scheme between May 2007 and December 2011, authorities allege that Giard used Diamond Ironworks corporate credit cards for at least $41,000 worth of unauthorized purchases and travel services including airfare, hotels, and rental cars. She also allegedly paid off a timeshare in Florida with company funds.

The investigation further revealed that she made false entries into the corporate books of Diamond Ironworks in an attempt to disguise her theft.

These charges are allegations and the defendant is presumed innocent until proven guilty.

The case is being prosecuted by Assistant Attorney General Andrew Doherty of AG Coakley’s Fraud and Financial Crimes Division, with assistance from Massachusetts State Police assigned to the AG’s Office, Financial Investigator Jaclyn Morrill, and the AG’s Digital Evidence Lab.

NORTH ANDOVER WOMAN INDICTED FOR STEALING MORE THAN $1.7 MILLION FROM HER LAWRENCE EMPLOYER added by Tom Duggan on October 3, 2014
View all posts by Tom Duggan →

One Response to "NORTH ANDOVER WOMAN INDICTED FOR STEALING MORE THAN $1.7 MILLION FROM HER LAWRENCE EMPLOYER"