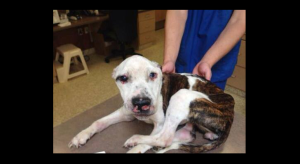 “The prosecutors and the police in this case deserve tremendous credit for staying focused and committed and pursuing multiple leads to bring an alleged perpetrator of this horrific act of animal cruelty to justice. Those individuals who would so callously attack a defenseless animal should be put on notice that their actions will not go unpunished. Now it is up to the Legislature to do its part by giving police and prosecutors the tools they need to deal with these types of cases in the future by passing the PAWS Act.”

The PAWS Act (Protecting Animal Welfare and Safety) was recently filed by Senator Tarr and 75 other Massachusetts legislators to expand the penalties for animal abuse and cruelty and to create a statewide animal abuse registry. A copy of the bill text and summary is attached.

Compelled to take legislative action against those who abuse animals, the Senate Republican Caucus filed legislation that would increase the penalties, and create safeguards against those who commit horrendous acts of abuse against animals, and are calling on their colleagues of both branches to make the bill a bicameral, bipartisan effort.

On August 31, “Puppy Doe” was euthanized after she had been discovered in a Quincy park suffering from long term, irreversible damage to her body, which included a stab wound to her eye; the splitting of her tongue to look like a serpent; dislocated shoulder, elbow, wrist, and ankle; burned, and starved.

“Our laws are woefully outdated regarding the subject of punishing those who abuse animals,” said Senate Minority Leader Bruce Tarr (R-Gloucester). “As a society, we need to stand up against those who would inflict pain so ruthlessly and coldheartedly, and tell them these actions cannot and will not be tolerated.”

The legislation, which is titled “An Act Protecting Animal Welfare and Safety” or the “PAWS Act”, raises fines and penalties, and creates an animal abuse registry. Highlights of the bill include:

• Expanding the use of the Homeless Animal Prevention and Care Fund to include the rehabilitation and care of abused animals, and increasing the size of the board that administers the fund to include a special state police officer from an animal humane organization, and a member of local law enforcement;

• Imposing a fine of up to $1,000 on any veterinarian who knowingly and willfully fails to report a suspected act of cruelty to an animal;

• Increasing the penalties for a second or subsequent offense from 5-10 years state imprisonment and a fine between $5,000 to $20,000;

• Creating a statewide registry of convicted individuals of animal abuse crimes, and requires all animal shelters, pet stores or animal breeders to check the registry prior to offering, selling, delivering, or giving an animal to any individual; and

• Creating a 9-member commission to review the state’s animal cruelty laws, many of which date back to the late 19th and early 20th centuries.

“Abusing or torturing an animal is a heinous crime and those who commit these crimes need to be held responsible for their actions,” said Senator Robert Hedlund (R-Weymouth). “As a state and as a society, we need to ensure our laws are designed to adequately punish those who choose to abuse animals.”

“This long overdue legislation will provide vital updates to the Commonwealth’s animal cruelty laws,” said Senator Richard Ross (R-Wrentham). “It is imperative that we take a stand to protect all those living in the Commonwealth. By sending the message that these atrocious examples of abuse will not be stood for, we are reinforcing the safety of our communities as a whole.”

The bill, which includes a key provision from H.1243 sponsored by Democratic Representative Linda Dean Campbell (D-Methuen), allows district attorneys to file a petition to the courts ordering a defendant to post a security or bond for the care of animals that have been impounded as a result of abuse or cruelty.

“Sadly, many of the animals seized by the MSPCA and other humane organizations require extensive rehabilitation and sometimes a lifetime of treatment, which can become extremely costly,” said Representative Linda Dean Campbell (D-Methuen). “I am thankful to Senator Tarr and his caucus for working so diligently to offer this legislative measure, and it is my hope that as a legislature we can pass this commonsense bill expeditiously.”

* Below is a section-by-section summary of the bill.