By Christine Morabito on January 14, 2014Comments Off on Raising the Minimum Wage: Unions Win; Poor and Minorities Lose 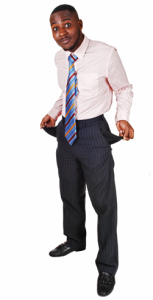 Raising the minimum wage – sounds like a good idea. Fair? Compassionate? Would you feel differently if you knew it would hurt the very people it claims to help?

If you were to peek behind the curtain, you might see your favorite politician in the warm embrace of the local labor boss. Despite all the rhetoric about “fairness,” unions stand to benefit the most from minimum wage increases, and the politicians are more than happy to assist if that translates into campaign donations.

You might wonder why unions are such big advocates of raising the minimum wage, when the average private-sector union member makes $22 an hour. Truth be told, their support for the increase is not about compassion, but greed. Some labor contracts tie union wages to a percentage of the minimum wage. When it goes up, so do union wages. Others benefit from salary negotiations which are triggered every time the minimum is increased.

Meanwhile, the working poor and minorities, lured in by false promises, risk reductions in work hours and even losing their jobs entirely. But how can this be? They are supposed to get a raise, right?

First, let’s consider the small 1 ½ percent of people nationwide who earn minimum wage. The vast majority of them are unskilled workers, more than half being teenagers and students just entering the workforce. Yet, we are expected to believe that the average minimum wage earner is providing for a family of four. This is simply not true. Minimum wage jobs are entry level positions. No one is expected to remain at that wage forever, and hardly anyone does. As workers gain experience and skills, they move up the economic ladder. That’s how a healthy economy works.

In economics, nothing happens in a vacuum. Anyone who has taken Econ 101 knows that labor costs are a huge factor in any business venture. An employer must carefully consider how many employees he can hire based on the product they will produce. The business owner must make a profit, or he will not stay in business long. If he knows his profit will be small, he may lack the incentive required to start the business in the first place, knowing the sacrifice involved and significant financial risk he must take. So let’s say the government steps in and forces him to pay someone $15 an hour, when that person only does $8 an hour worth of work. He will then have some tough choices: hire a skilled worker who will actually do $15 an hour worth of work, cut workers’ hours so he can still make a profit, lay off workers he can no longer afford, raise the price of his product, or he may choose not to expand his business because he lacks the capital.

Who loses in the above scenario? I would argue that America loses, because the economy is stifled and prices are inflated. But the ones with the most to lose are the unskilled workers – the young blacks, Hispanics and teenagers who initially lack the skills to do anything else. Without that first minimum wage job, they will never acquire the skills necessary to climb the economic ladder. A higher minimum wage ensures that low skilled workers will have to compete with high skilled workers, and they will lose. A higher minimum wage ensures that the poor will remain poor and there will be more income inequality.

Ever wonder who comes up with these arbitrary minimum wage amounts? – Bureaucrats in Washington and here on Beacon Hill; career politicians who know next to nothing about the economy or how market forces determine the price of labor and goods. If it were up to Senator Elizabeth Warren, the minimum wage would be $22 an hour. Maybe we should ask her why she exploits her interns by not paying them anything for the work they do. She is a millionaire, after all, but I digress.

Employers in Massachusetts already pay a higher state minimum wage rate than the federal law requires. With all the tax burdens and onerous regulations, we are rated 47 out of 50 for worst state to do business in. Our teenage unemployment rate has almost doubled over the last decade. Nationwide, black unemployment is around 12.5 percent. Do we really want to make things worse for our most vulnerable, just so labor unions can get rich?