By Tom Duggan on April 16, 2013Comments Off on Riley Increases Central Office Salaries by More Than $6MIL, Spending in Failing School System Climbs to $160MIL Under State Receivership

“The help we give to Lawrence will not be an infusion of capital it will be getting at some management changes.”
Deval Patrick January, 2010

“My goal is to decentralize”
Jeff Riley 2011

“So, of the $9.1 million in salaries that he is increasing for spending in the Lawrence Schools, more than $6 million of that is salary increases at central offices,” said Jim Blatchford of the school committee.

“That doesn’t seem like Receiver Riley is decentralizing power at central office like he promised, that seems like he is increasing and centralizing power in his office,” said Jim Blatchford an elected member of the school committee.

Since the Lawrence Schools were taken over by the Massachusetts Department of Education, the elected school committee has been rendered powerless to pass budgets or cut spending. They act in an advisory role but members of the committee say that Riley refuses to give real number or even give committee members copies of the meeting minutes.

Riley, as state appointed receiver (he is not the superintendent) has refused to give a spending breakdown on which if his friends and supporters at central office are getting the bulk of the $6 million he has increased in their salaries at his office on Essex Street.

The remainder of the $3 million increase in salaries went to raises and new hires in the schools themselves.

“Some of it I have no problem with,” School Committeeman Blatchford told the Valley Patriot.

“We are lucky we got a breakdown by school. In fairness this is the most in depth information he has ever given the public but, truthfully this is not an in depth budget at all. He has never given us any real numbers. He won’t even give us the actual enrollment numbers, so we have no idea how many kids we even have in the school system. The public has the right to know where their money is going and while we now have an idea, we still don’t know, really.” 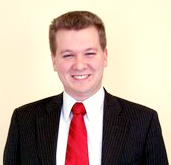 Blatchford says he has no problem with some of the spending, at least the spending in the school buildings as the LPS has created the Phoenix Academy for troubled kids, and doubled the number of teachers in that school since last year.

“It’s an admirable program so increasing that program is OK with me from what I have seen but, a $6 million increase in central office salaries goes against everything he has been saying since he got here.”‘

Blatchford says that of the nearly $160 million Riley is spending on the Lawrence Public School for fiscal year 2014, only $7,306,654 comes from local Lawrence tax money.

Documents obtained by the Valley Patriot show that the Lawrence Schoosl are paying $15,776,981 for charter school tuition with only $3 million coming back in reimbursements.

Now that Riley has submitted the budget to himself, and approved the nearly $160MIL in spending with no oversight, he has scheduled a public hearing for Monday evening at 7PM.

“He gives us his budget, then he holds a public hearing on the budget afterward?” Blatchford asked. “At some point the public ought to have some say or at the very least some details about how state tax money is  being spent.”

State Representative Jim Lyons (R) Andover told the Valley Patriot that the amount of money being spent in Lawrence with no accountability is “outrageous.”

“We are pouring endless amounts of money into Lawrence with zero accountability and what’s worse they won’t even tell us what our state tax dollars are paying for. But this is consistent with what I see the Patrick Administration doing time and again. We are hurting communities that are doing it right, cutting costs and being fiscally responsible while we are, at same time rewarding those who are wasting our tax dollars. It’s wrong.”

“The fact that the Commonwealth is not fully funding “target share” while at the same time increasing funding to the City of Lawrence for salaries in the School’s central offices is fundamentally unfair.”

“Whether it be agencies that do business with Department of Public Health, or a city like Lawrence which refuses to follow the rules, The Patrick administration consistently rewards bad behavior with additional funding.”

“At the same time they refuse to give the minimum amount of money required to towns like Andover and North Andover under target sharing.”

Target sharing is a state requirement which mandates the state fund education foundation budgets at a minimum of 17.5 %.

“The governor’s proposal in the past has not funded the 17.5% levels. It’s ridiculous. The fact is, local communities surrounding Lawrence are not receiving the minimum amount of funding they need for their schools, while Lawrence is getting more than 95% of their schools paid for by the state tax payers. It’s very unfair to the tax payers and hardworking citizens of Massachusetts. Especially those who live in Andover and North Andover who are struggling to keep up with the increased cost of public schools.”

* EDITORIAL: The Fleecing of Taxpayers – Ultimate Power, No Transparency, No Outrage in Lawrence

*DOE: No Exit Plan in Lawrence
Massachusetts Officials Have No Plan to Fix
Lawrence Schools and No Exit Plan or Timetable to Leave

* DOE: No Exit Plan in Lawrence – Massachusetts Officials Have No plan to fix Lawrence Schools Have no Exit Plan