By Tom Duggan on March 4, 2015Comments Off on Salisbury Selectman Henry Richenburg Fined $2,500 for Conflict of Interest Law Violations 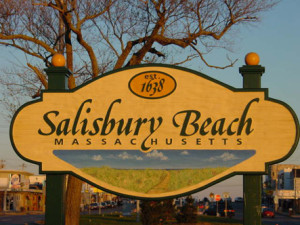 The State Ethics Commission has fined Salisbury Selectman Henry Richenburg, who admitted violating G.L. c. 268A, the conflict of interest law, by his actions as Selectman in connection with the Board of Selectman’s (BOS’s) consideration and approval of an application for a license to operate a poultry business submitted by Richenburg’s son-in-law.  Richenburg has paid a $2,500 civil penalty.

In March of 2013, Richenburg’s son-in-law filed an application for a general license with the BOS to operate a poultry business to raise and sell poultry and eggs.

Richenburg participated as a Selectman in the decisions to table the application and then to approve the application.  Richenburg also signed the license along with the other BOS members.  According to the Agreement, at the time he participated in these matters, Richenburg knew that both he and his daughter, a member of his immediate family, had a financial interest in the proposed poultry business.

Section 19 of the conflict of interest law prohibits a municipal employee from participating as such in matters in which, to his knowledge, the financial interests of the municipal employee or of an immediate family member, are affected.  The Agreement states that Richenburg violated section 19 by voting to table consideration of the license application on March 25, 2013, and by voting to approve the license on June 10, 2013.

Section 23(b)(3) of the conflict of interest law prohibits a municipal employee from knowingly, or with reason to know, acting in a manner which would cause a reasonable person, having knowledge of the relevant circumstances, to conclude that anyone can improperly influence or unduly enjoy his favor in the performance of his official duties, or that he is likely to act or fail to act as a result of kinship, position, or undue influence of any party or person.  According to the Agreement, Richenburg’s actions taken in connection with his son-in-law’s application for a poultry licensing violated section 23(b)(3) because they created the appearance of a conflict of interest, as a reasonable person would conclude that Richenburg’s son-in-law could unduly enjoy Richenburg’s favor in the performance of his duties as Selectman.