By Tom Duggan on February 10, 2013Comments Off on Senator Eldridge Champions Public Accountability in Records Law 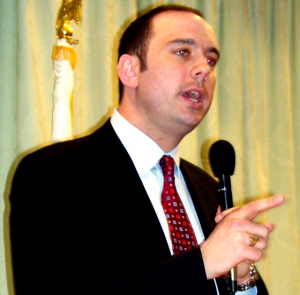 With several Valley Legislators filing legislation to reform the state’s public records law in response to The City of Lawrence’s refusal to turn over public document to The Valley Patriot, Senator Jamie Eldridge of the Middlesex Worcester District has filed his own bill to ensure members of the public will not be denied public documents.

“The bill I filed would change standard in which public records have to be released to public. This will make it a fairer standard so that public agencies or public entities can’t deny information to the public.” Senator Eldridge told The Valley Patriot.

As the law currently stands, Mass General Law Chapter 66 mandates that public records be turned over upon request within ten days of such request. But the law has no penalty for rogue public officials who simply refuse to comply.

The Valley Patriot has been battling the City of Lawrence for public records since February of 2012 concerning payments made to the DiAdamo Law Firm, an outside Law Firm that handles the city’s workers’ compensation cases, but has also represented the city on the Greater Lawrence Sanitary District, the city’s workforce investment board and serves as the city’s landlord for the school department’s central office.

Superior Court Judge Tom Murtagh ruled last October that the city must turn over the public records, but Mayor Lantigua violated that order by releasing documents that had relevant payment amounts blacked out. Judge Murtagh held the city in contempt for that stunt but as of the moment we published this edition, the public records have still not been released.

Changes to the Law

Senator Eldridge said that he has always been in favor of transparency in government and his legislation would not only add penalties for failure to comply but would also assess attorney fees for those (like The Valley Patriot) who have to seek court action to force the release of public records.

“This changes the standard and allows for attorney fees if a town or city or public agency does not provide the information, and someone has to go to court to get it. Now [if his legislation is passed] that person can get attorney fees. My hope is that it will increase pressure on agency to provide public information in first place.

Senator Eldridge has also filed a bill making it mandatory for public entities (like municipalities and state agencies) to post public documents on-line, making it easier and less costly for the public to obtain government documents.

“I have always believed strongly that the public should have instant access to public information, and the information public officials use to make decisions. I am someone who believes that we need to work hard to restore people’s faith in government. Part of how we do that is to make all information and how we make our decision as public officials available on-line and as accessible as possible.”

The Three bills filed by State Senator Jamie Eldridge are:

This bill would define records within the office of court management, established by Chapter 93 of the Acts of 2011, and the Probation offices as public records subject to freedom of information requests. It does not apply the public records law to confidential criminal justice records or other court records.

This bill will make it routine for electronic public records to be provided to requestors in usable electronic form, and for information of significant interest to the public to be posted online.

Find the Senator on line: