By Tom Duggan on May 28, 2018Comments Off on Sheriff Coppinger, Paying Attention to the Opioid Epidemic 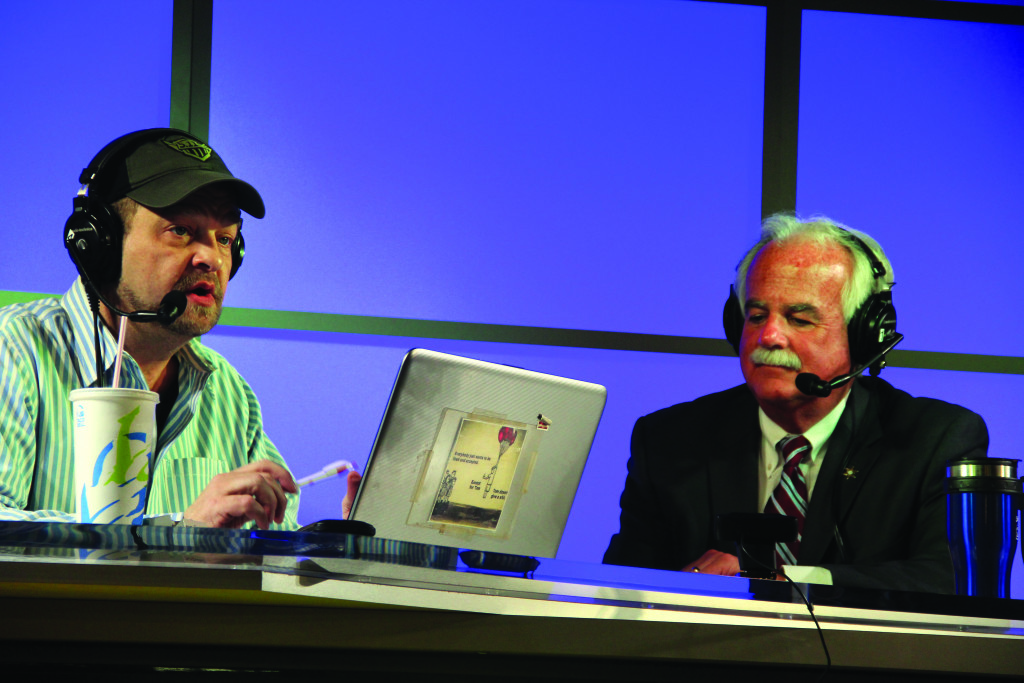 Last month Essex County Sheriff Kevin Coppinger appeared on the Paying Attention Podcast with Tom Duggan to discuss the opioid crisis and what he is doing in the Sheriff’s Department to help stem the tide.

“I served in the Lynn Police Dept. for 32 years, before that I was a police officer in Lynnfield for 3 and I transferred over. I came up through the ranks, served a lot of different jobs mostly in uniform patrol then administrative, up until I was chief for the last seven and a half years before I decided to run for sheriff.

I love the city of Lynn, I still live there, born and brought up there. But, Lynn like any community is affected by this opioid epidemic. Let me just rephrase that, substance abuse epidemic. It’s everywhere. We actually started tracking this epidemic back in the 1990s before it was the high topic of the media. We saw trends where people were overdosing, particularly mixing prescription medications, and we tried to get out in front of it the best we could. But like most of the Northeast United States now it’s even worse, it’s starting to explode with the heroin epidemic and now we are seeing the fentanyl and the carfentanyl. I’m certainly no expert. But, I’m the type of guy who likes to ask question, and if I don’t know something about a particular area I like to go to the experts and ask them and tap their brains and get as much information as I can.

As you heard in that video (at the open of the show Tom played a video clip of then candidate Kevin Coppinger talking about the opioid crisis) I’ve always been a proponent of the three initiatives: prevention, intervention, and treatment and rehab. In my role as chief you heard me there talk about the prevention pieces of it. I think that’s huge. This epidemic, as you said during your opening comments, it’s not going away. It’s expanding. We’ve slowed it down a little bit, not just us but collectively. But, we haven’t found a solution to it. I think we are in a temporary hiatus.

“It’s not that scientific; a lot of it is your gut. When you talk about prevention, what we try to strive for when working with the kids is teach good decision-making skills. That’s going to help them across the board. Like you mentioned bullying, dating violence, substance abuse, it’s teaching those good decision making skills that are going to help them especially as they go through those adolescent years.

It’s difficult, can you ignore it? No. Can you measure it? No, not really. Do you remember the old Dare program way back when? That’s what some of the opponents would say, well you can’t measure what you’ve prevented. Well, that’s true. But, I’m a firm believer that if you’ve saved one you’ve been successful. You know, during my off time I do a lot of little league coaching and I would see some kids that were not participating in the prevention programs and over the years now some of these kids have ended up in correctional facilities. Through my career I saw them come through the system. So, I’m a firm believer that it helps.

The Intervention piece with the law enforcement piece, doing 20 odd years as a cop I believe in that.”

DUGGAN: And you were a beat cop too, you weren’t one of these guys who sat behind a desk and answered phones you were out there wrestling with people.

COPPONGER: “Yes did my time in the streets and came up through the ranks, and I also worked in a small town. -. as a cop in Lynnfield so I saw it in a small town and a good-sized city, the City of Lynn. And I can tell you this, this substance abuse issue does not discriminate against anybody. Its rich, poor, black, white, straight, gay, catholic, protestant, Jewish, whatever you are, it affects everybody. Some folks want to believe it’s not in their town? It’s there. So, you have to have the investigations, you have to do the police work together at all three levels; local, state and federal.

You have to pool your resources, you have to have collaborative partnerships. You have to go out and make the arrests and they have to go through the criminal justice system.

And then you get the treatment and rehab piece of it. That’s been the big gap for a long time and it’s one of the reasons I decided to move on from police chief and move into corrections. When I was chief you see the same people all the time. You lock them up, they go to court, they get convicted, they go to jail, the come back out and they are doing the same thing again. It’s awful to say but a lot of it is generational. You see the same families. You have fathers and sons, we have them in some of our facilities. We have to try and break that mold somehow or other.

One of the things that has bothered me, even during the election I would ask the audience how many people have been affected or know someone who has been affected by a substance abuse problem and almost every hand would go up. If there’s anything good about that is that people are finally acknowledging it and talking about it, instead of trying to sweep it under the rug.
When I got there [as sheriff] we took a look at [what was available] and as you know there’s a detox program up there. It’s highly successful. For those who may not know about it, we work very closely with the drug courts, particularly in Lynn and Lawrence, and I believe they are going to be putting one in Haverhill when they finish the current renovations up there.

I call them clients. The clients that go into the detox program have to be referred by the court. Referrals go the office of the sheriff to make the decision whether they are going to be in there or not. So, we have standards. We aren’t taking someone convicted of a crime of violence. We are not taking the drug traffickers, the heavy dealers, people ripping off little old ladies’ pocketbooks, we are taking the low risk, relatively minor crimes for those incarcerated.

We work closely with the judges and courts, with D.A. Jon Blodgett, defense attorneys are key, police officers and of course probation. That all happens in the court, and when the judge approves it they refer it to us. Then we bring the individual in during classification. Upon intake we go through all their records and their history and what their issues are and come up with a program so we can tailor their needs during their period of incarceration.

The detox unit is a self-contained unit within the house of correction in Middleton. They don’t mingle with the general population. It’s a separate building. To quote one of the judges, it gives the individual a taste of corrections. They live in dormitory style housing so they are not in an individual cell.

So, for people who may not know you are basically drying out for the first couple of days. We have corrections officers there who are obviously there for security. We contract out to private vendors to take care of their health care needs as well as the mental health and the treatment pieces of it. Once they go through the detox part of it, then they go through the programming. That goes days and evenings, they are always getting some kind of talk, give them information and try to instill good decision-making abilities. We are always thinking about when they leave us how do we get them to not come back. The goal is to release them to go back to the community and be productive members of society and stop committing crimes.”

DUGGAN: “So what is your recidivism rate for those who detox?”

“This is a tough one but let me give you the success rate first. For the men to successfully complete the program is 87%, for women 80%.

Six months out, I don’t have the exact figures but I’m going to give you a ballpark, six months out the recidivism rate is about 50%.

A year out it drops and the recidivism rate is in the low 70s. What that tells me is that we are not doing a good enough job as a society, that when those individuals leave us and they go back to the community, there’s a gap there, a disconnect. There are no resources for the individuals coming out of detox.
Let’s talk about what we are going to do to try and fix that.

I was in Boston a month or two ago for a panel discussion and Mike Botticelli the Drug Czar under Obama and he cited a study that showed somebody leaving the jail is 120 times more susceptible to overdose and probably die than someone who hasn’t been incarcerated.

So, in general, I’m talking not only for the detox folks as well as the general population when they are getting out. People have to remember when someone is leaving the jail, they don’t have a driver’s license, they probably lost it years ago, they probably don’t have any type of an ID, they have no health insurance, they have no home, and they have no food availability. So, they are basically going back to the streets, living in a shelter somewhere or going back to their old buddies who will let them crash on the couch and then they are back to their old environment with the same people.

So, we are trying to break that chain. Just a couple of months ago we started a new reentry transition unit at the Lawrence Farm. We are having a grand opening in a couple of weeks, so we will make sure we give you an invite but the whole piece of what we are trying to do here is strengthen the reentry effort so when the individual is leaving us they have some kind of resources or some idea where to go when they are in trouble.