By ValleyPatriot on August 25, 2013Comments Off on Slavery Then and Now … By: Tom Weaver 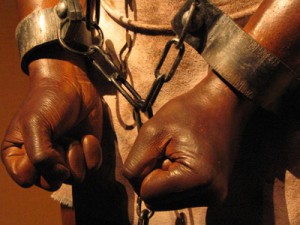 That was then, what about now? Have we not created a slave system, except instead of being controlled by individuals, it is now controlled by government bureaucrats. When you look at those on welfare, is there any possibility that they have liberty or that they can pursue happiness? Are they not dependent on government for their basic needs? Can they dream or achieve success?

While on vacation, I spent the night at a plantation in Louisiana, on the Mississippi River. The history was rich and the stories were fascinating. But as I learned more about that life style, a question came to mind…

Did the Democrats treat the slaves better in 1860 or today in 2013? Let’s think about the answer.

First, slaves then and now need nourishment. In 1860, they grew their food, slaughtered animals and cooked. Today, there are food stamps and EBT cards which allow people to purchase junk food. One must conclude that as far as nourishment, slaves were treated better in 1860.

Second, slaves then and now need a place to live. In 1860, there were slave quarters where families lived. Typically, the grandparents lived there, as well as the father, mother and all the children. Today, they have Section 8 housing. Very few of the extended family is around, and unfortunately, very few of the families have fathers. With regard to housing, slaves had it better in 1860.

Third, slaves then and now were educated. In 1860, there was no formal school, but the children and adults were taught from the Holy Bible. Today, there are formal schools, no bible, and over 50% of the students fail reading and writing, despite massive spending. Again, it appears that the slaves learned more in 1860.

Finally, slaves then and now needed a work skill. In 1860, slaves were taught to be coppers, cobblers, blacksmiths, gunsmiths and hundreds of other marketable skills. Today, there is little emphasis placed on developing a career skill. So again, it appears that the slaves had more marketable skills in 1860.

Given the discussion, one must come to the conclusion that Democrats treated the slaves better in 1860 than today. It seems amazing because in 1860, slaves could not vote – which they can do today.

In 1860, a war started in which a Republican President made the decision that slavery would end, so that all would have the right to life, liberty and the pursuit of happiness. Over 700,000 Americans, from the north and south, east and west, black and white, died to end slavery as it existed in 1860.

I wonder what needs to happen to end slavery today?