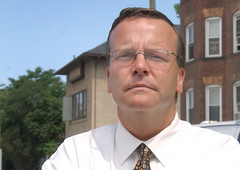 Springfield City Councilor Timothy Rooke has agreed to pay $5,000 to the state’s general fund for campaign finance violations that include using campaign funds for personal purposes, failing to keep records, and not disclosing certain financial activity, according to a disposition agreement between Rooke and OCPF.

OCPF reviewed the Rooke Committee’s financial activity from 2010 to 2012 and identified several issues.

The committee made expenditures for personal use – $1,500 for landscaping at the candidate’s home, $933 for a hotel room at a wedding in California, $300 for a stag party gift and $500 to the candidate’s son for work performed “throughout the years.”

The committee was unable to produce receipts or records for numerous expenditures, including reimbursements made to the candidate, the candidate’s wife and the committee’s treasurer.

A disposition agreement is a voluntary written agreement entered into between the subjects of a review and OCPF, in which the subjects agree to take certain specific actions. The agreement between OCPF and Rooke is posted on OCPF’s website at www.mass.gov/ocpf.