By Tom Duggan on June 19, 2017Comments Off on State Troopers Wrestle Man With Gun in Lawrence Who Tried to Draw on Them

Massachusetts State Troopers patrolling the City of Lawrence late Sunday night pulled over a van on the lower end of Essex St. near the Aqua Nightclub.

Massachusetts Troopers ordered a man out of the vehicle and began to do a pat and frisk, when the man, armed with a handgun, assaulted and tried to draw his weapon on troopers, fighting initially with two troopers, and within seconds, a third trooper assisted.

State Police were able to wrestle the man to the ground deploying a taser to avoid using deadly force.

One trooper called for assistance when the man tried to draw his weapon during the scuffle, but were able to gain control of suspect while dealing with an unruly, and hostile crowd of patrons leaving the various nightclubs near last call.

The man was charged with multiple assaults, assault and battery on police officers, and weapons charges. Valley Patriot sources say the man has a lengthy criminal record.

VIDEO OF THE CALL 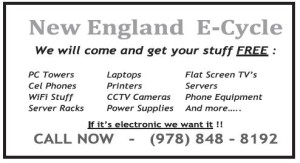 State Troopers Wrestle Man With Gun in Lawrence Who Tried to Draw on Them added by Tom Duggan on June 19, 2017
View all posts by Tom Duggan →