By: Al Getler – June, 2014 This is the way it once was in cities across the USA. If you had an event or an interesting story occurring for your business, non-profit or community group. You or a member of your staff or group would write a press release and email it or snail-mail it […]

Full day of leadership training May 9 at UMass Lowell

Lowell, Mass. — Boston leaders can access the knowledge and experience of world-renowned leaders by attending Leadercast® North of Boston at the UMass Lowell Inn & Conference Center on May 9. The cost for the full day event is $89 at www.leadercastnorthofboston.com. The event is being organized by former Eagle-Tribune publisher, Al Getler and is […]

The Tenth Anniversary Edition of The Valley Patriot (March 2014) 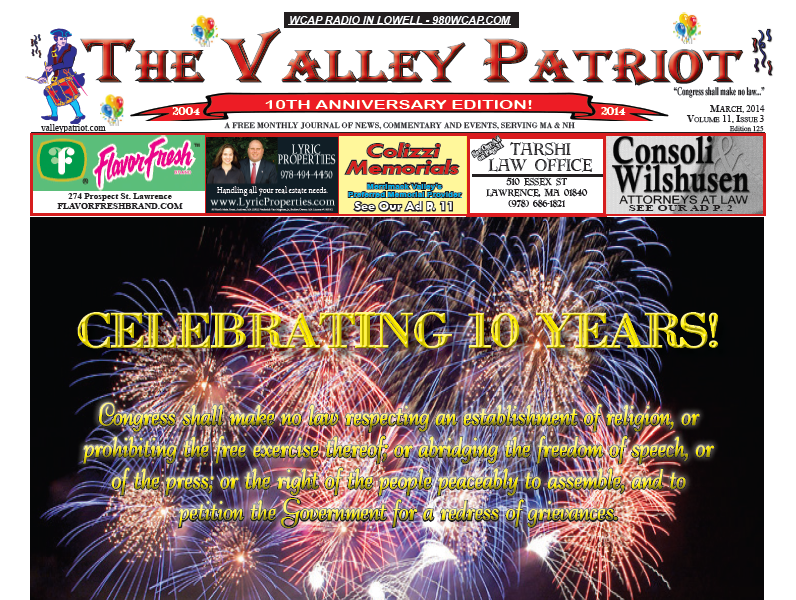 By: Tom Duggan – September, 2008 The Eagle Tribune newspaper, head-quartered in North Andover and owned by Alabama-based Community News-paper Holdings, Inc. announced last week that at least 52 employees have been laid off in the largest ever downsizing measure taken by the company. In a memo to employees, publisher Al Getler, a […]

By: Tom Duggan, November, 2005 Only a few short months after Chip Rogers sold The Eagle~Tribune newspaper, employees of the daily paper have become so angry and distrustful of new management and their lack of job security that they have filed with the Federal Labor Relations Board to organize a union.  Since […]